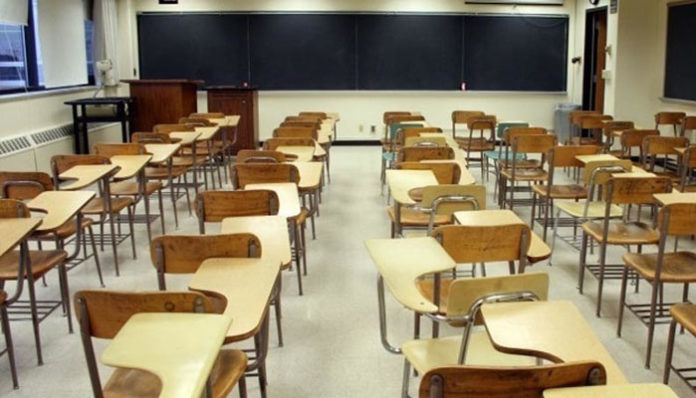 Sindh Minister for Education Saeed Ghani has allowed all private schools that wanted to reopen from June 1 while imposing a ban on teaching in all education institutions of the province.

“We have not stopped private educational institutions from opening from Monday if they want, but we have stopped the teaching process and no school can start teaching without the government’s permission,” said the minister during a press conference called at his camp office in Clifton on Sunday.

The provincial government warned private schools of action over violation of the government-defined standard operating procedures (SOPs). Saeed Ghani also announced that this year all students from classes one to eight will be promoted to the next level without exams and those who were failing will also be given passing marks.

“There will be no special exams this year and the students who want to improve their grades in various subjects will be given the opportunity to sit for the exam next year,” he said.

Saeed Ghani said that the same rules would also apply to private students. “The steering committee formulated its recommendations during two to three of its meetings and we will convene another meeting soon. According to the recommendations, as we have no record of the ninth and 11th graders, they will be promoted to the next level without any marks and when they sit for the exams of 10th, 11th and 12th the marks obtained there will be considered as the marks for the classes they didn’t take exams for. These students will be promoted to the next classes based on their results of class nine and 11 with 3 per cent extra marks also added to the marks obtained by them,” the minister explained.

“In the current situation, I don’t think any parents would want to send their children to school,” he said while explaining that the Sindh government still doesn’t have any confirmed date on when they will be opening all the schools.

Prime Minister Khan will chair a meeting of the National Coordination Committee (NCC) today (Monday) to decide whether to further ease or tighten the lockdown restrictions in view of a spike in infections and fatalities.