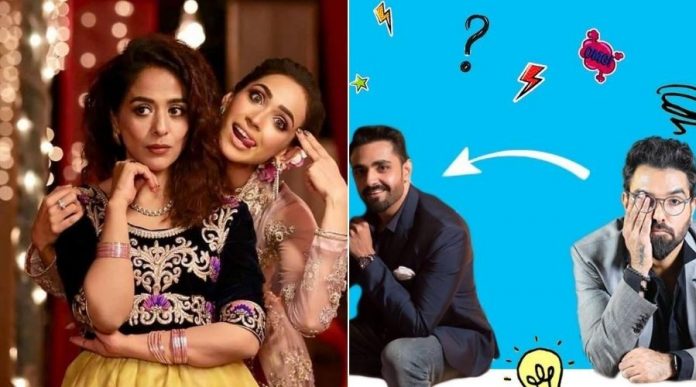 After delays and more delays, the Pakistani movie “Senti Aur Mental” is finally confirmed to be released in 2020 by the director.

Half of the film had been shot and it is scheduled for an early 2019 release, according to director Yasra Rizvi, who is now busy with the editing and first look of the film, alas the release date got pushed forward.

Helmed as a family comedy, directed and written by Yasra Rizvi, produced by Emad Binte Syed under the production banner of Harkat Pictures as the company’s debut.

“Senti Aur Mental is a wedding story; it is about a family that comes together for a wedding,” Yasra Rizvi told in an exclusive conversation. “It is set at a farmhouse in Karachi; every character moves the story forward.”

‘Senti’ refers to Yasra in the film while Zain Afzal, who is playing opposite her, will be seen as ‘Mental’.

This movie will be a debut project of the famed television and theatre actress, Yasra Rizvi, who has received acclaim with her performance in the latest web series “Churails”.

She mentioned that “Senti Aur Mental” is a Punjabi wedding film and that it includes 9 songs. Along with Yasra, the film features Yousaf Bashir Qureshi in the lead cast. The film also features Jinaan Hussain, Syed Arez, and Faisal Imtiaz, among many others.

“There is going to be a dance number, rock and roll and many other flavors speaking in terms of music in Senti Aur Mental.” Yasra said

Yasir Hussain who was cast as the lead earlier was replaced by the Sanwari actor Zain Afzal.