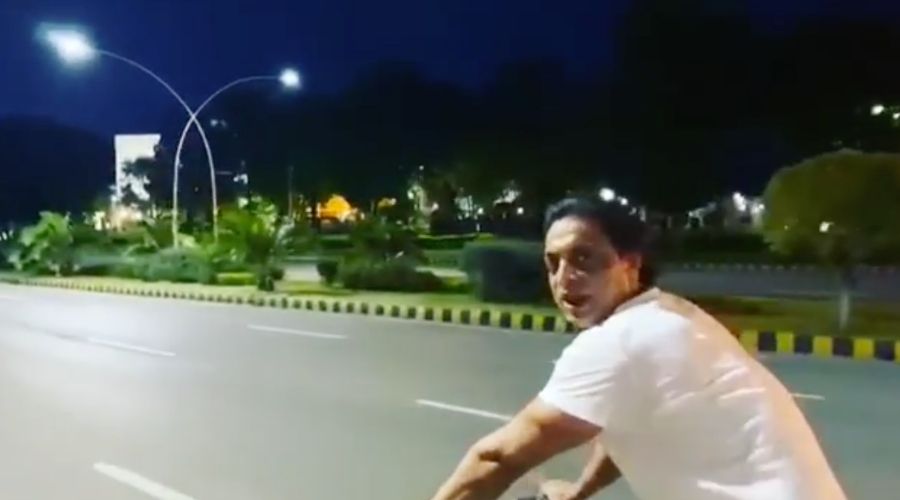 People have been strictly advised by the government to stay at home and not venture into the city without any valid reason or emergency. And to most part people for the sake of their heaths are observing the lockdown. Celebrities also are constantly urging people to be a responsible member of the society and stay home but Shoaib Akhtar has went on and broken the rules of the lockdown.

Akhtar has been facing major backlash from the fan base after he posted on his Instagram a video where he has been seen taking a stroll on a bike in Islamabad. His caption reads “Cycling in my beautiful city. Lovely weather. Empty roads.Best work out. #islamabad #pakistan.”

Akhtar faced many negative comments that his little venture might cause damage not only to him but many around him. The athlete did not even wear a mask which further angered the fans. Many also worried that such an act can be risky for the sports star.

People stressed on the fact that he was a celebrity and he had a responsibility as many are likely to follow blindly his actions.

Comments started flooding his video, some of which were:

Akhtar was accused of hypocrisy as previously he had posted a video urging people to stay home and now people are angry with him as he himself cannot do so what he says.