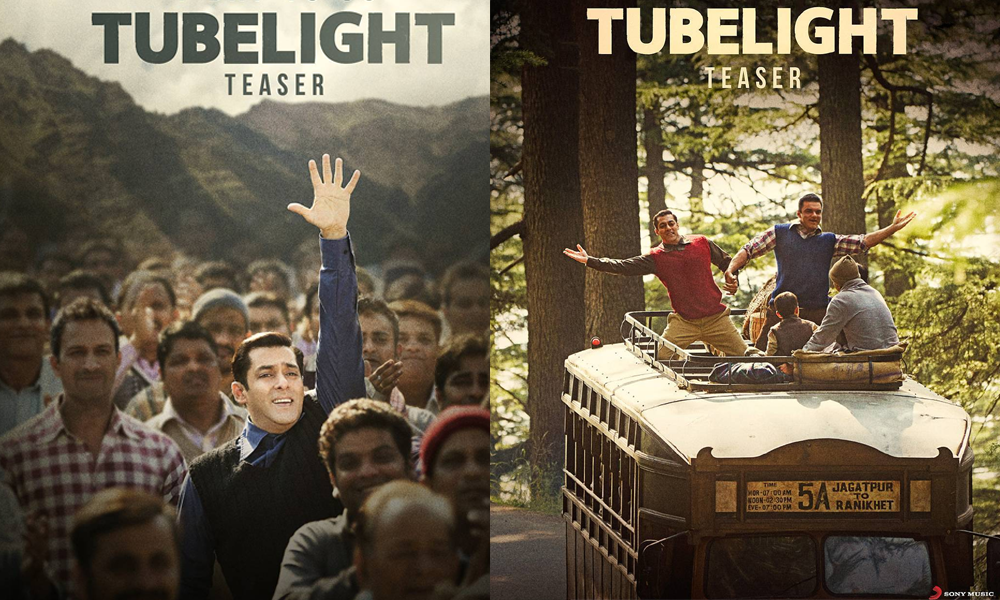 Much awaited Bollywood movie Tubelight Teaser got released and it is awesome. The film is one of the most talked about projects. The film is set in the backdrop of 1962 Indo-China war. Although the story of the film is much revealed in the teaser. But, in the film Salman Khan plays a man with a mental capacity of a young kid who is trying to find his brother (Sohail Khan) who went to war.

The film has been extensively shot in Ladakh, Manali and Himachal Pradesh. The teaser showcases some beautiful shots taken in these places. Chinese actress Zhu Zhu also make an appearance in the teaser. The teaser gives a message about faith too, “Yakeen Ek Tubelight Ki Tarha Hota Hae Dair Say Jalta Hae”

Upcoming Bollywood Movie Tubelight’s Release To Be Delayed In Pakistan And Here Is Why!

So after Ek Tha Tiger and Bajrangi Bhaijaan, it looks like Kabir Khan and Salman Khan both have created the magic on-screen again.The teaser of the film looks very much promising and will break a lot of records given the fan following of Salman Khan.

But the question is will it emerge as the top grossing Bollywood ever on box office? Guess we will just have to wait and see at this Eid.