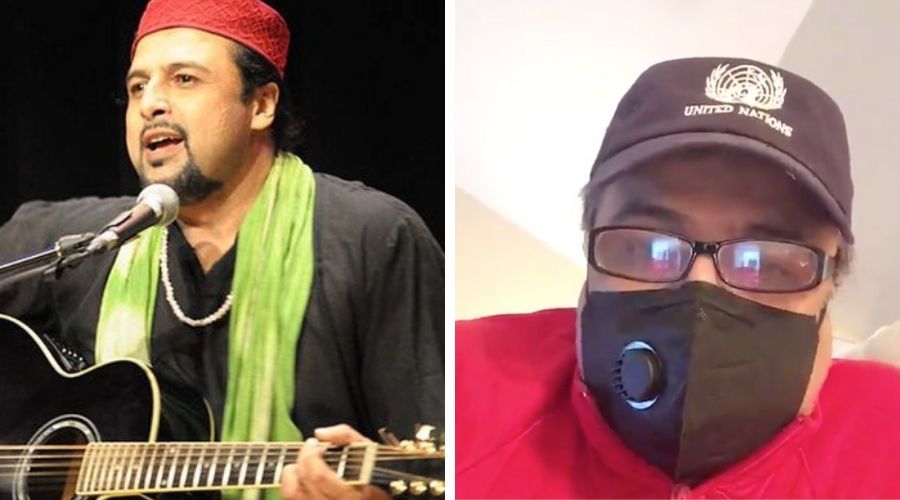 Pakistani Pop Singer, Salman Ahmed, who had been tested positive for coronavirus after his return to Pakistan from New York, made an important announcement from his quarantine via twitter.

According to Ahmed, he has approached some of the most famed and talented Pakistani artists including but not limited to Noori, Sahir Ali Bagga, Junaid Jamshed’s son, Mehwish Hayat and many more to create an anthem celebrating the heroes on the frontlines. Almost 20 artists have agreed to lend their voice to the anthem “Tujhe Salaam”, which will be dedicated to the armed forces, doctors and all the first responders who are working day and night to eradicate the pandemic from the country.

The singer had previously posted on twitter updating his fans on the news that he had contracted coronavirus and later thanked everyone as he is now feeling healthier while observing self-isolation.

The singer said that he had consulted with his doctor via a video chat and after finding major symptoms of the virus, the medic advised him to go into self-quarantine.

“Since I am a healthy person, therefore initially I ignored minor symptoms of cough and fever,” he said adding that later after suffering from headache and other symptoms, he approached the doctor who confirmed that he was showing major symptoms of the virus.

He was not able to return to Pakistan from New York as international flight operations were suspended due to lockdowns all around the world.

Friends,The bad news first: according to my doc Ibelli , I’m probably #COVID19 positive.will test soon. The good news is that I have mild flu like symptoms. I’m self quarantining in NY, washing my hands regularly, inhaling steam,drinking warm fluids.Thank you 4 your prayers🙏🎸

“I am quarantining at home. I am not feeling well. Have asked people to pray for my health,” he said. Earlier Salman said this regarding his health, “I have not undergone test for coronavirus as immediate testing facility was not available in New York due to extra ordinary spike in virus cases in the city,” he said while talking to ARY NEWS.