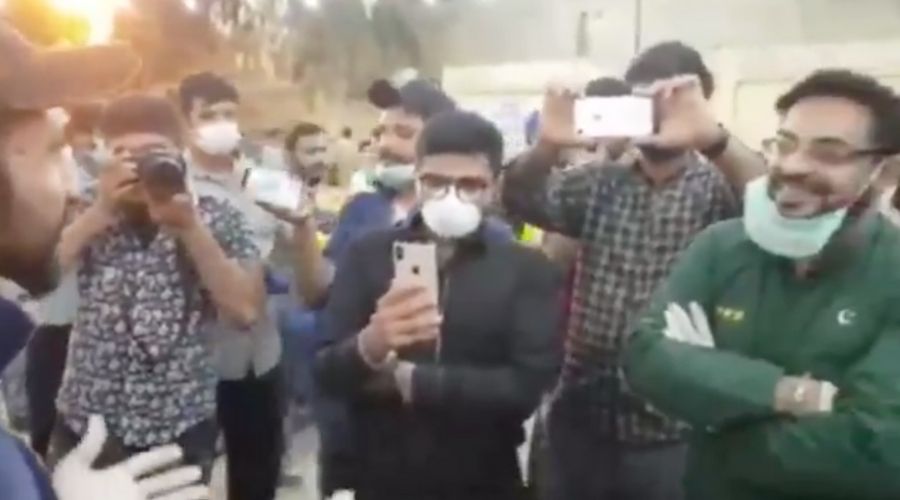 Sarfaraz Ahmed had been reciting the Naat at the JDC Ration distribution center along with Aamir Liaquat and Zafar Abbas. With people coming out to join hands and help out the most vulnerable part of the community amidst Covid-19 spread, many celebrities have not only used their influence on social media but also financially powered some of the most amazing initiatives targeted to help the poor during this pandemic.

Pakistan’s very own, Sarfaraz Ahmed, captain of the Pakistani Cricket team, has been seen distributing food packs to the poor and during this a video of him beautifully recited a “Naat” which has been making rounds on the social media.

Previously Sarfaraz Ahmed also took to his social media to show his support for the coronavirus relief campaign, Donate Karona, by “Shahid Afridi Foundation”. He also urged people to stay home and practice social distancing to stop the spread.

Earlier this year Sarfaraz was seen playing in Pakistan Super League for the team Quetta Gladiators. But the series came to an abrupt halt due to the sudden and accelerated spread of covid-19 in the country and in the world at large.

As of 12 April 2020, the number of confirmed cases in the country is over 5,000, with 1,026 recoveries and 86 deaths. Punjab is currently the region with highest number of cases at over 2,400. According to a report by the federal government, Pakistan could expect 50,000 cases of disease by 25 April.