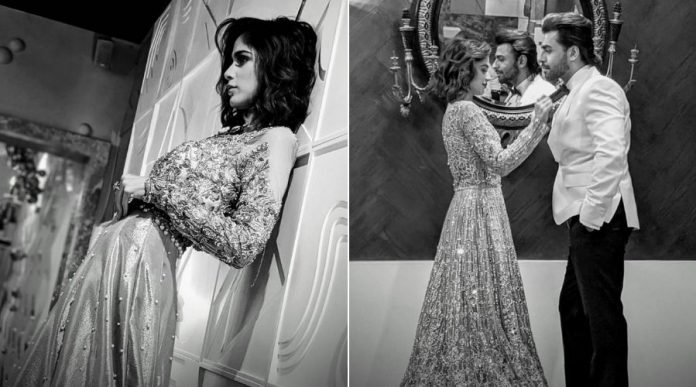 Multi-talented singer turned actor Farhan Saeed recently revealed his upcoming project in collaboration with the one and only Aima Baig. This will be the first time the two singing sensations will be working together.

On Sunday, Farhan Saeed shared a behind the scene shot with Aima Baig on Instagram, “Something exciting coming soon,” he said. We assume that the super-stars are preparing to surprise their fans with a very special music video for their upcoming song together.

Baig also shared a behind the scene shot with Farhan. Even though, both of them have not revealed any further details regarding the upcoming project yet but the fans are really curious and thrilled to know what their new project is all about.

Since few years, Farhan has been showing his interests towards acting more than singing and has appeared in some of the most applaud and hit television dramas such as Suno Chanda, Udaari, and Prem Gali, which is currently being aired.

Aima has also become one of the most renowned singer in Pakistani music industry as she sung many hit songs in the past few years. She has sung songs for numerous Pakistani films including Lahore Se Aagey, Parey Hut Love, Na Maloom Afraad and Teefa In Trouble and many OSTs for dramas. Not only that, she also sung many major hits in Coke Studio such as Baazi, Dhola, Malang, Baanware and Aatish.

Recently, Baig was also featured in Haadi Uppal’s debut single Te Quiero, which was released in May.