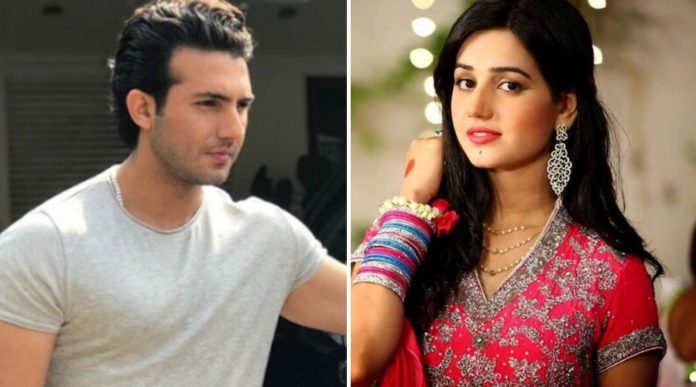 After appearing in successful projects like “Dewar-e-shab” and “Bisat-e-Dil” last year, Shehroz Sabzwari is starring in yet another drama this year along with Anum Fayyaz for TV One.

The drama seems to be love story between the lead characters, but through the trailers the story does not seem that straightforward as both the lead characters talk about the scenario of death only being the way of separation. Another trailer shows family drama brewing amidst everything else between different characters.

The drama is “coming soon” and no other details of the project have been revealed.
Anum Fayyaz is making a comeback to dramas after marriage and welcoming her first born. She is known for acting in dramas, such as “Ahmed Habib Ki Betiyan” and “Meri Maa”. Her other roles include “Ishq Ibadat”, and in the television show “Parvarish”.
This drama also stars Farhan Ali Agha , Fazila Qazi and Haris Waheed.

Shehroz Sabswari has been in the tabloids since last year due to his separation and ultimate divorce from the famous actress Syra Yousuf and his subsequent affair with model Sadaf Kanwal that resulted in marriage way too hastily then people would have liked, leaving Shehroz to be subjected to cheating his first wife.