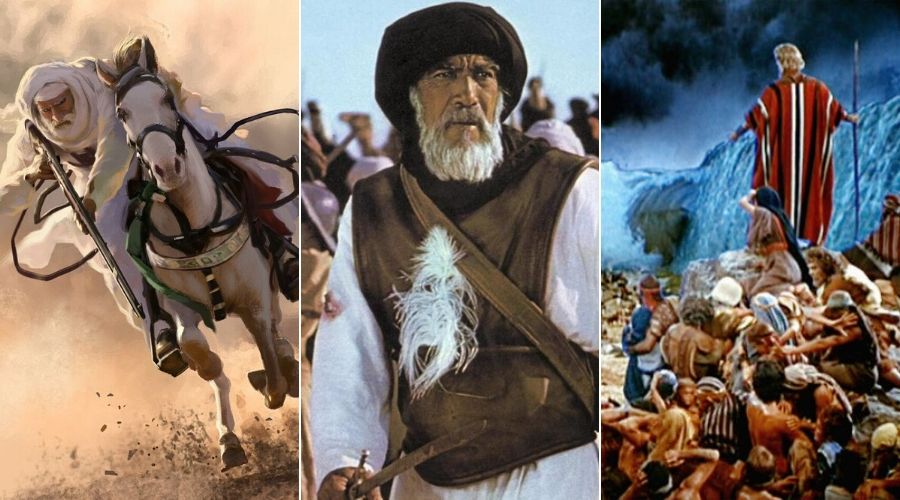 Ramadan under lockdown was an unimagined thing for all Muslims but it is the reality that we live in today. With mosques closed off and people limited to the vicinity of their homes, spirits can be left feeling down. But we have made a list of best 5 Islamic historical epics that can help lift your spirits.
So get to know your history better this Ramadan with the following list of excellent movies based on the real life and events of the greatest personalities of Islam.

Shown from the perspective of the narrator, this animated film follows Muhammad(PBUH)’s first years as a prophet starting with Islam’s beginnings in Mecca in which the Muslims are persecuted, the exodus to Medina, and ending with the Muslims’ triumphant return to Mecca.

Lion of the Desert

Being one of the most prominent figures in Islam, Omar Mukhtar is depicted with excellence in the 1981 Libyan historical epic war film, Lion of the Desert. The film is about the struggles and adventures of Omar Mukhtar and Libyan Muslims during the Second Italo-Senussi War.

Discover the life and expeditions of the greatest explorer of Islam, Ibn-e-Batuta this Ramadan. The movie details his journey the Mecca hence presenting the imagery of Mecca like never before.

The Ten Commandments is a 1956 American epic religious drama film, which is the biblical story of the life of Moses (PBUH). In 1957, the film was nominated for seven Academy Awards, including Best Picture which signifies the excellence of the classic.

With these movies, make your Ramadan special with your family as they will entertain and help you rediscover the history and teachings of Islam during the holy month.