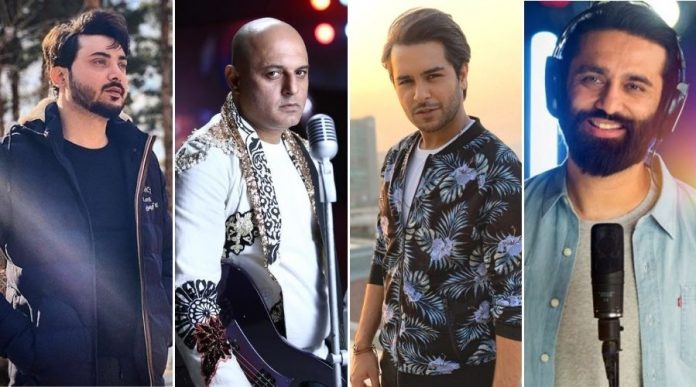 Defence Day that falls on the 6th September marks one of the most important event in the history of Pakistan and celebrates the valor, courage, sacrifices and much more of the Pakistani armed forces.

Many songs have been written and sung for this occasion by legendary singers like Noor Jehan and Nusrat Fateh Ali Khan to honor the work of the young men and women of the armed forces and this year yet again an amazing lineup has been created to honor this day and its memories.

The trailer for the song was released by ISPR on their official YouTube channel.

The singers pay tribute to the services of Pakistan armed forces and the sacrifices that they do by laying their lives without any scare.

The singer line up for the song is very dynamic as Ali Azmat brings the electric fervor into the mix while Asim Azhar brings the young energy and finally Ali Noor of “Noori” brings the fresh spirituality to the song.

The song is called “A Melody of Pride” and will be released on the 6th of September.

ISPR previously produced the drama serial “Ehd-e-Wafa” which increased patriotism in the masses as it highlighted the problems in the society prevalent today and how they can be overcome with everyone performing their civic duty with brilliance.