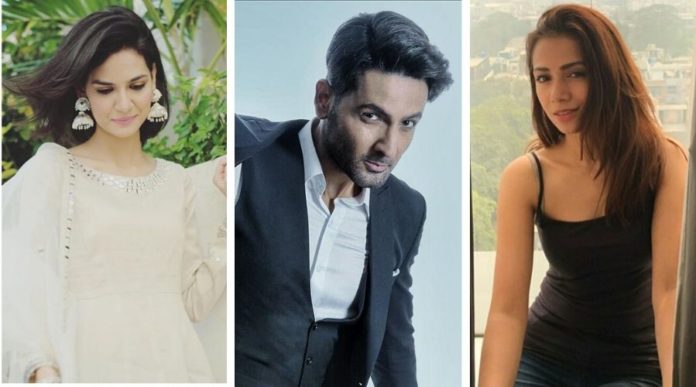 Coming to the screens bringing us the stellar cast of Tooba Siddiqui, Mohib Mirza and Madiha Imam, is ARY Digital’s Dushman-e-Jaan.

The drama revolves around the characters of these three main leads and is the story of love, betrayal, revenge, guilt and much more. Rubab and Ramsha played by Tooba Siddiqui and Madiha Imam are two inseparable sisters. Ramsha is independent and headstrong and Rubab is innocent and sweet, and their lives begin to deteriorate when fate joins them with Mohib Mirza’s character Hatim.

Mohib Mirza as Hatim belongs to an elite background. He is proud, arrogant, and does not believe in the concept of marriage. Hatim and Ramsha work at the same office.

Hatim unknowingly ends up ruining the life of the woman he had come to care about. The guilt consumes him, and the regret would not let him live peacefully.

The writer of the series is Sarwar Nazir and directed by Amin Iqbal. The serial is produced by Humayun Saeed & Shahzad Nasib of Six Sigma Plus Entertainment Productions. The drama will air at 9:00PM Every Monday ARY Digital TV.

The OST of the drama is composed and sung by Adnan Dhool & Rabi Ahmed.

So what do you think of the drama so far? Will this be yet another revenge story or will there be more to story, let us know.