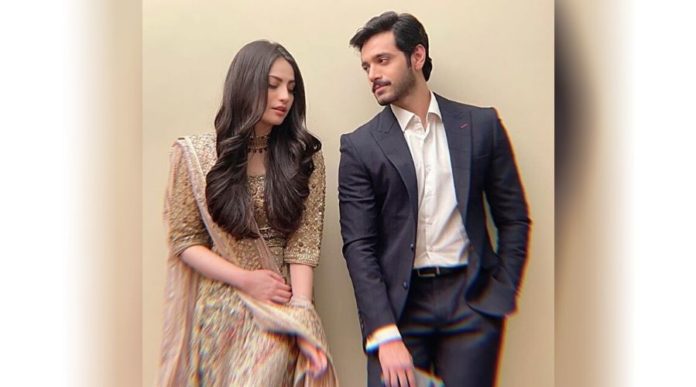 Bikhre Moti is a Pakistani drama serial which is produced by Next Level Entertainment. It is directed by Shahid Shafat and penned by Edison.

Airing on ARY Digital, Bikhre Moti is the story of a hard working girl, Aiza (Neelum Muneer), who has to sacrifice her dreams and ambitions just to fulfil the promise she made to her dying sister, of protecting her nephews and nieces from a life of child labour and abuse by their merciless father (Yasir Nawaz). Nausheen Shah as Faiza plays the elder sister of Aiza. She is married and has three children. She is the sole breadwinner of her family.

Wahaj Ali as Ahad lives in the same neighbourhood as Aiza, and both are in love with each other. But from the trailer it looks like Aiza will choose duty over her heart.

Talking to a lead cast, Yasir Nawaz revealed that his character in the drama serial is quite interesting and the audiences will see it undergo a transformation with the progression of the drama’s story-line.

The main and the supporting casts include Neelam Muneer, Yasir Nawaz, Nausheen Shah, Rashid Farooqui, Samina Ahmed, Waseem Abbas and many more. Bikhray Moti airs every Tuesday at 8:00 PM, only on ARY Digital.

Neelum Muneer shared the teaser of the drama on her official Instagram:

To listen to the OST of the drama, click below:

Neelum Muneer starred earlier this year in the hit “Kahin Deep Jalay” alongside Imran Ashraf for which she received much praise.

This is the second time Yasir Nawaz and Neelum Muneer are working together as previously they were working on the blockbuster movie “Wrong No.2”.