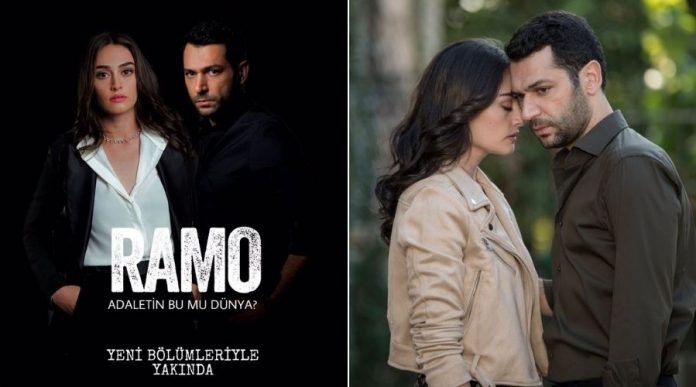 Rising to incredible fame globally after playing the role of Halime Sultan in “Ghazi: Ertugrul”, Esra Bilgic is impressing in her latest drama serial “Ramo”, whose trailer of the new episode just hit and audiences are loving the dramatic turn it takes as Esra’s love interest takes a shot.

Esra in this new drama has been paired with actor Murat Yıldırım and the super hit drama has hyped up the audiences as in new trailer received bullet injury during an encounter with the enemy.

The actress uploaded the trailer of the next episode on her Instagram and wrote with a heart emoji: “Are we meeting tonight?”

Esra is being showered with praise for her performance in the drama as the series is progressing with her talent, she is able to deliver a breakthrough dramatic performance.

Starting from the 1st Ramadan in Urdu Language on PTV, garnering TRP smashing viewership in the country, “Ghazi:Ertugrul” has become the latest obsession of many Pakistanis.

People have been especially intrigued by the Islamic values and morals that the show portrays so excellently.

Mesmerizing ever since her first appearance as Halima Sultan in the series “Ertugrul”, Esra has become one of the most popular and loved actress by the Pakistani audience.

After famously getting signed by Pakistani Mobile giants “QMobile” for their latest product release campaign, becoming their new Brand Ambassador”, Esra also became face for Jazz for the year 2020.