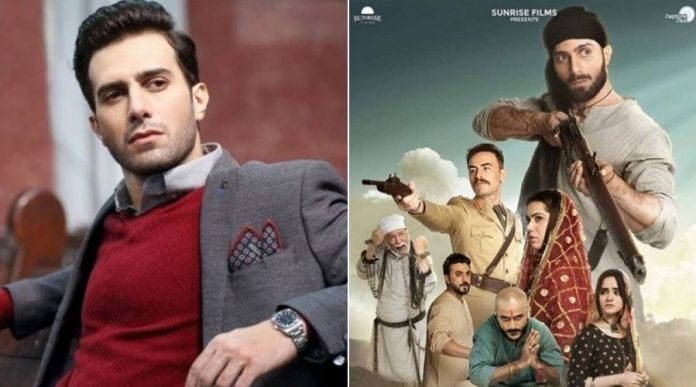 Considered to be Pakistan and Turkey’s first co-production, stars Emmad Irfani, Ghana Ali and Qavi Khan in the lead, the trailer of the movie “Gawah Rehna” is continuing to impress audiences worldwide.

Former diplomat turned debutante film director Tahir Mahmood Baloch who also wrote the script is based on the time of “Khilafat Movement” which was led by Muslims of the subcontinent for the people of Turkey. The film is inspired by real events. It will be released in Pakistan and Turkey both.

“It’s a period film,” Baloch says. “Set in the Pakistan of 1920, against the backdrop of the Khilafat Movement which our forefathers led for the people of Turkey, and which gave us the confidence to take on the imperial forces of the British Raj.” According to Mahmoud, ‘Gawah Rehna’ is produced by Kashif Esmail, a Gujranwala-based businessman, but it also has the “full support of the foreign ministry of Pakistan, as it hopes to strengthen Pakistan-Turkey relations. It’s about our shared history; it celebrates our heroes.” Emmad Irfani will be making his movie debut with this movie:

“Much of the subcontinent’s history has been presented to the world through Bollywood. Pakistan’s point of view is not known as such,” the actor remarked. “It is a story of courage, hope and resilience against incredible odds and that’s why it will make its viewers proud of their history and their heroes who stood up against tyranny and injustice.”

The film was set to release in March, but due to corona virus spread, the release was delayed.