Hrithik Roshan is back with fun, thrill, and romance in his upcoming movie Kaabil. This is a time when Hrithik’s fan can certainly take a sigh and can rejoice as he is back with a Bang! Kaabil movie’s trailer is a good sign that the superstar is back in his action avatar- something he is acclaimed for.

Here is the official trailer of Kaabil Movie:

The trailer shows Hrithik playing the role of a visually impaired person who is optimistic about life despite the darkness that has overshadowed his life. His positive outlook towards life inspires the lady love of his life Yami Gautam who plays the role of a blind girl. the plot of the movie takes a twist with the entry of the Roy Brothers; Rohit and Ronit Roy who are seen acting as Villian with kohled eyes and villain attire. 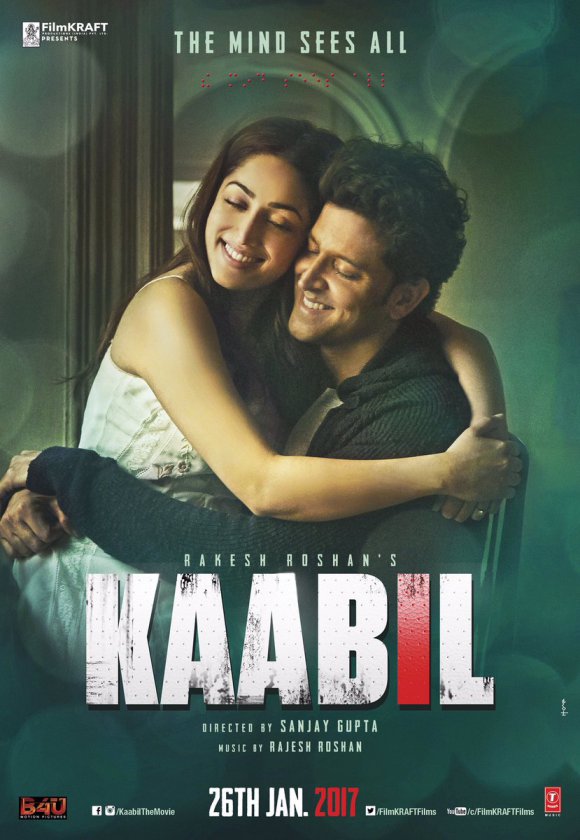 Yami gets kidnapped and Hrithik being the lover has to avenge it. from the cool and sweet boy, Hrithik becomes a hooded vigilante. The overall trailer shows a pretty good chemistry between the two lead stars, the action and the thrill that twists the plot, dialogues, and effects that make the trailer even more effective. Directed by Sanjay Gupta, the film is expected to hit the theaters on January 26th, 2017. We hope this time, Hrithik’s new role can make it to the box office and steals the show.