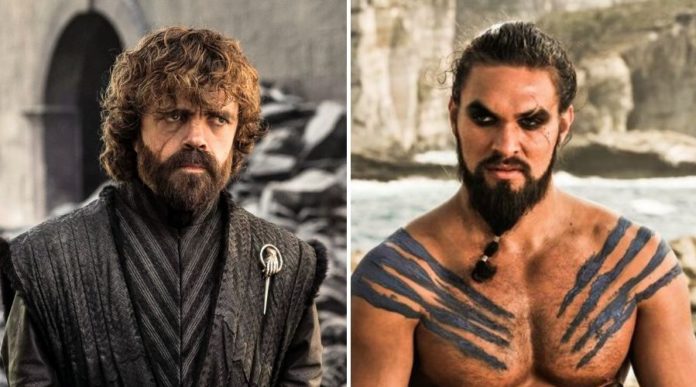 Game of Thrones co-stars Peter Dinklage and Jason Momoa are reportedly reuniting to star in and produce Good Bad & Undead, a movie about vampire hunter Van Helsing and his interesting partnership with a vampire.

The film is based on an original idea from Mark Swift and Damian Shannon, the writers behind horror hits Freddy vs. Jason and 2009’s Friday the 13th.

According to Deadline, Momoa will portray a vampire who has pledged to never kill again. The character will join forces with vampire hunter Van Helsing, who will be played by Dinklage, to form an unlikely partnership as they start up a scam together. However, things take a turn for the worst when a big bounty is put on Momoa’s alter-ego’s head.

Filmmaker Max Barbakow is taking on the project direct the movie titled “Good Bad & Undead”. Max most recently directed Andy Samberg and Cristin Milioti’s film Palm Springs, which ended breaking the record for the biggest sale in Sundance history. He has also done films like My Dinner With Hervé, Avengers: Infinity War, X-Men: Days of Future Past.

While working in Game Of Thrones, Jason’s character said goodbye to the show in the first season, whereas Peter’s Character, Tyrion, survived till the end. Momoa will also be seen in Warner Bros. much-anticipated title Dune and was seen recently on Apple TV+’s “See”.

Peter Dinklage recently signed Netflix’s “Last Sons of America”, and “Good Bad & Undead” will be a comeback after playing Tyrion Lannister after Game of Thrones’.