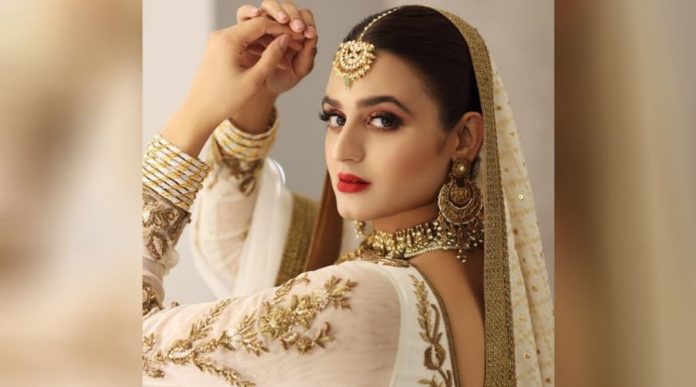 Hira Mani continues to impress with amazing serials in a row and doesn’t seem to be stopping anytime soon. And now comes from her yet another amazing series “Kashf” that opens up the reality of Pirs and Asthana culture of Pakistan.

Kashf is a drama that revolves around Kashf (Hira Mani), a girl who can see the future, and is a story of how society manipulates this innocent girl for her powers. It is also a love story between the two lead characters. The very first episode starts by showing a scene in which when Kashf is having a vision of herself in the graveyard then with her fiancé Wajdan (Junaid Khan), where she sees herself getting pricked by a rose thorn, her dream ended on the sound of the Azaan. This dream is what signifies what is going to happen in the entirety of the serial.

Kashf’s mother Dilshad & aunt Ashi are her support system in all the difficulties. The drama so far has been a roller coaster ride where after Kashf’s supernatural power is revealed and his brother –in-law (Matiullah) has started to force Kashf forcefully to earn money through it but Kashf continues to resist. Kashf is now supporting her family while longing to be finally reunited with her fiancé. Coming episodes will unveil a lot of how Kashf will undo all the evils that are in her life and help others too

The drama serial is a Momina Duraid production and is penned down by Danish Nawaz.
The Lyrics of the OST are done byShah Hussain and the Singers & Composers comprise of Hamza Akram Qawwal, Taimoor Akram & Abdul Akram

Kashf airs every Tuesday on HUM TV at 8:00 pm