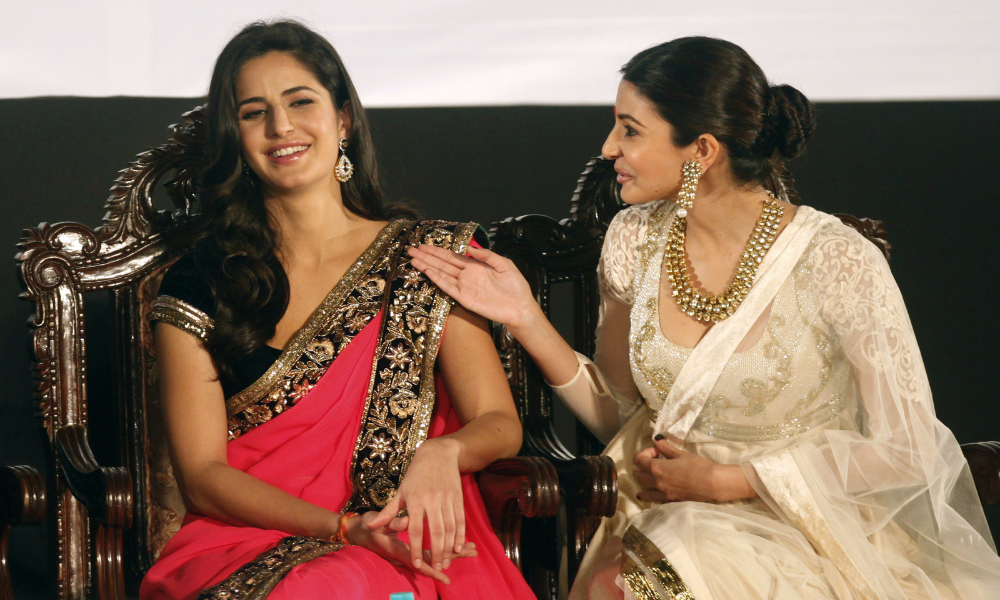 If you think you’ve seen everything on Koffee with Karan season 5 then you’re wrong. Bollywood two ruling divas, Katrina Kaif and Anushka Sharma will grace the couch together for the first time ever.

The rumor mills were abuzz with a report that Katrina will show up with her co-star of Zindagi Na Milegi Dobara, Hrithik Roshan or with her ex-boyfriend, Salman Khan but the rumors can stop now. It’s going to be a ladies night at Koffee with Karan’s next episode.

Despite being rivals, Katrina Kaif and Anushka Sharma enjoy a compatible relationship. The two starlets have worked in Yash Chopra’s last directorial, Jab Tak Hai Jaan alongside Shah Rukh Khan. It will be interesting to see them both being on the hot seat with Karan Johar’s controversial questions.

Both divas have a lot going on in personal and professional front. While Katrina is busy shooting for her movies, Jagga Jasoos opposite her ex-boyfriend, Ranbir Kapoor, Anushka is still reeling in the success of her hit movie, Ae Dil Hai Mushkil.

From Ranbir Kapoor and Ranveer Singh‘s shocking statements to the TV debut of Shahid Kapoor’s wife Mira Rajput, Koffee with Karan’s latest season has so far been a firebrand.