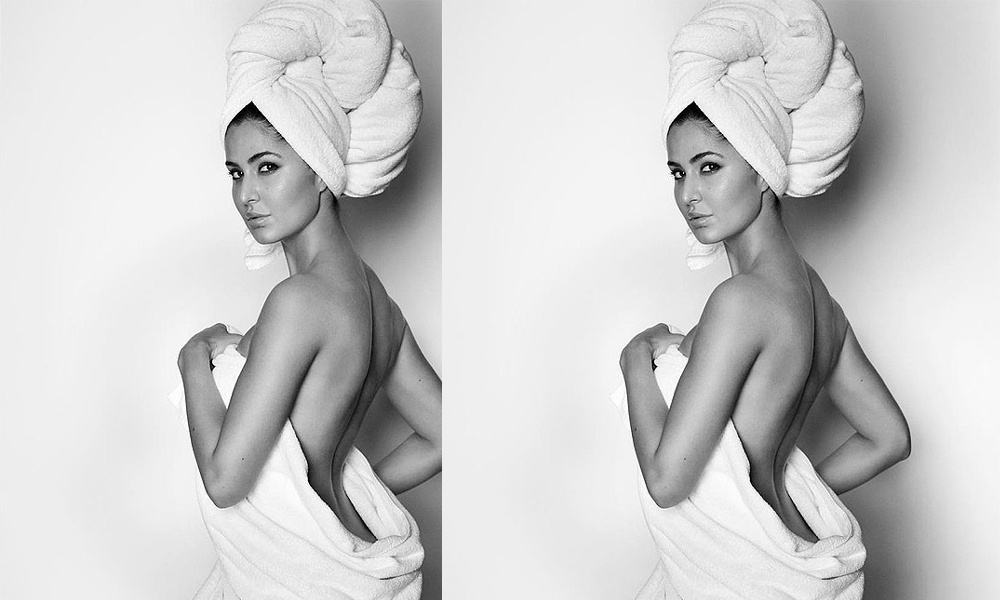 Katrina Kaif is riding high on social media these days. First of all, the actress yesterday joined the Instagram for the first time and gained more than 1000k followers in a day. Katrina was welcomed on Instagram Bollywood including Salman Khan and Alia Bhatt. Most noteworthy, Katrina has done something that no other Bollywood actor has done up till now. The actress featured in Peruvian photographer Mario Testino’s towel series.

Katrina is seen wrapped in a white towel as she strikes a pose. Her back and legs are completely exposed.

Above all, Katrina Kaif is currently busy shooting Tiger Zinda Hai opposite Salman Khan. Consequently, behind the scenes, pictures were too revealed from the shooting in Austria. Ali Abbas Zafar has directed the movie. Tiger Zinda Hai is the sequel to 2013’s Ek Tha Tiger.