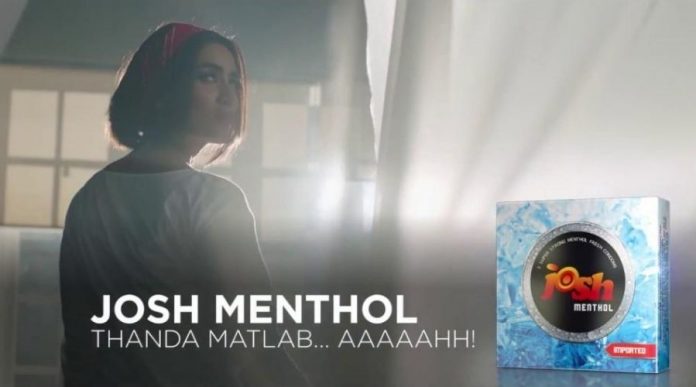 Being the center of controversy wherever she steps, Mathira is back again with yet another bold advertisement that is marketing a contraceptive.

The advertisement is for Josh, which previously has come under fire for creating inappropriate ad but this installment sure got some laughs and the point across.

The ad features a woman shopping for contraceptives and initially the shopkeeper misunderstanding her, later understands.

Mathira has also managed to create a buzz with her appearance in Josh ads.

Previously, The Pakistan Electronic Media Regulatory Authority (Pemra) wrote to broadcasters ordering them to take the advert for Josh contraceptives off air immediately because the content of the ad was deemed objectionable and against religious values.

“indecent, immoral and in sheer disregard to our socio-cultural and religious values.”

“Airing of such immoral advertisement on Pakistani channels and that too in the holy month of Ramazan warrants serious action,” Pemra spokesman Fakharuddin Mughal said.

Though population control is a thing that needs to be addressed seriously and people need to be educated, the question stands that if these types of ads did anything in playing a positive role.

None the less the advertisement has started a buzz on social media and the polarizing opinions are entertainment on its own.