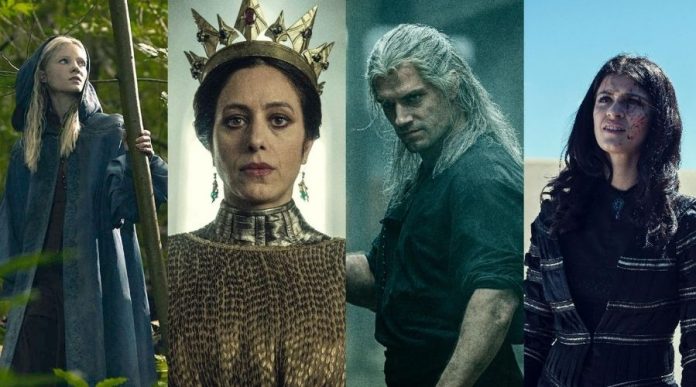 Not even a year after its release, prequel to “The Witcher” has been announced to be in the works.

Audiences are awe-struck as they were anticipating a sequel rather the team of The Witcher has announced a prequel that will offer a look at the first Witcher and the Elven civilisation before it was forever changed by the humans’ presence on the Continent.

Netflix has announced The Witcher: Blood Origin, a live-action six-part limited series prequel that is set over a thousand years prior to the events of The Witcher season 1.

The Kissing Booth 3: Filmed in Secret and coming on Netflix in 2021

Sapkowski, author of the Witcher novels, will serve as creative consultant, with Jason Brown and Sean Daniel from Hivemind and Tomek Baginski and Jarek Sawko from Platige Films serving as executive producers.

The synopsis reads: “Set in an elven world 1200 years before the world of The Witcher, Blood Origin will tell a story lost to time – the origin of the very first Witcher, and the events that lead to the pivotal ‘conjunction of the spheres,’ when the worlds of monsters, men, and elves merged to become one.”

Teasing Blood Origin’s story, de Barra said, “A question has been burning in my mind ever since I first read The Witcher books – What was the Elven world really like before the cataclysmic arrival of the humans? I’ve always been fascinated by the rise and fall of civilizations, how science, discovery, and culture flourish right before that fall…

The Witcher: Blood Origin will tell the tale of the Elven civilization before its fall, and most importantly reveal the forgotten history of the very first Witcher”

“As a lifelong fan of fantasy, I am beyond excited to tell the story The Witcher: Blood Origin,” de Barra said in a statement.

Schmidt Hissrich added: “I am so thrilled to collaborate with Declan and the Netflix team on The Witcher: Blood Origin.

It’s an exciting challenge to explore and expand The Witcher universe created by Andrzej Sapkowski, and we can’t wait to introduce fans to new characters and an original story that will enrich our magical, mythical world even more.”

Sapkowski added: “It is exciting that the world of Witcher — as planned in the very beginning — is expanding. I hope it will bring more fans to the world of my books.”

“The Witcher” has been commissioned for a second series, a spin off film, and now a prequel, after it became one of Netflix’s highest rating original series on IMDb just days after its release last year.