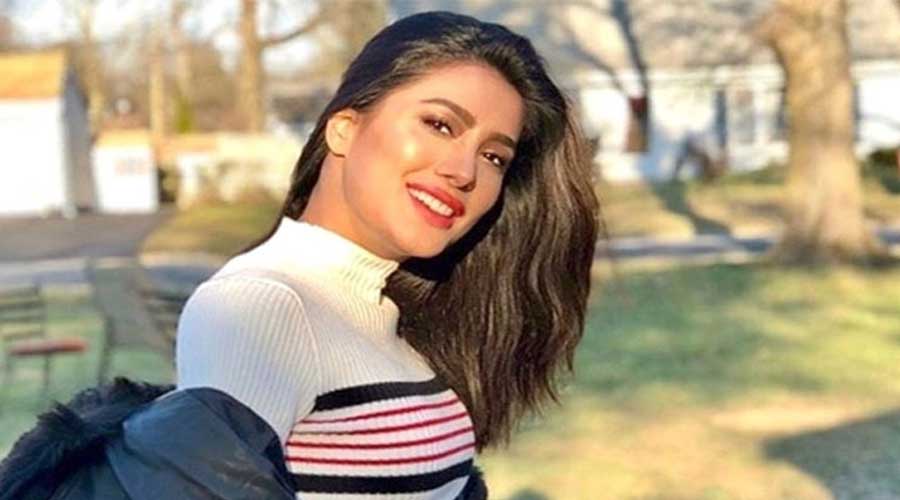 Nearly half the world’s population is confined to their homes due to the lockdown caused by the global Coronavirus epidemic, and it is trying to make jumping in homes fun. There are a number of trends and challenges on social media due to being confined to homes, such as the #MeAt20 trend, which a few days ago shared its old photos, in which people shared their photos when they Were 20 years old.

Even before this, new challenges and trends have been emerging on social media and video sharing applications and such a trend came to the fore after a Portuguese song became popular after “OH NA NA Challenge” 2017. However, this challenge, which came up three years ago, is once again gaining popularity in both the worlds of Corona, and this time this challenge has also been accepted by Pakistani showbiz personalities.

The challenge initially spread to South America, then the United States, then Europe and Africa, after the popularity of porcupine singing, and many celebrities have been making videos on the same challenge for the past three years.

Of all the internet challenges,this is the one that I opted for. Don’t ask how long it took me to get @danish_hayat to rehearse these steps lol. In these difficult times,having fun with siblings & challenging each other is one of the few pleasures left.Never lose the inner child in you🐣 Video credits @shahfahaam #DanishHayat #MehwishHayat #dancemoves #funchallenge #ohnananachallenge

But in these days of epidemics, this challenge has become popular once again at home, and now people from Pakistan to Turkey and from the United Kingdom to the United States are making videos on this challenge.

Accepting the same challenge, Pakistan’s talented actress and Nishan-e-Imtiaz winner Mehwish Hayat also made a video on it.

Mehwish Hayat made a video with his brother Danish Hayat on ‘OH NA NA NA Challenge’ and shared it on his social media accounts which went viral as soon as he saw it.

Sonya Hussyn playing a schizophrenic in her next TV Drama series

Apart from Pakistani showbiz personalities, well-known personalities from other countries are also making videos on the same challenge and sharing them on social media, while ordinary people are also seen sharing videos of dance performances on the challenge.