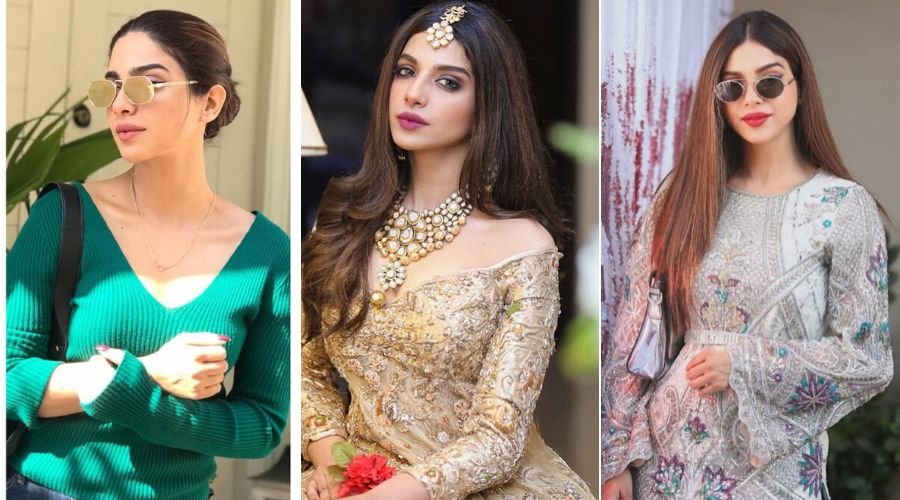 The trend of storytelling in Pakitstan has been taking a shift as the audiences demand more relevant and character-driven plots rather than the clichéd boy meets girl drama serials. Coming to the screen is Sonya Hussyns take on a character who suffers from schizophrenia.

The actress is famous for taking on challenging roles in various drama serials throughout her career. She recently wrapped up the very famous “Ishq Zaha-e-Naseeb” where she is shown to be married to a person with Bi-Polar and Split Personality Disorder. She was also nominated for Best Actor-Critic (Female) award at the recently held Pakistan International Screen Awards (PISA) 2020 for her recent performance in Ishq Zah e Naseeb.

There is a stigma attached to a person who is mentally challenged in our society and rather than being treated with empathy and kindness, they are shunned and abused. Hussyn hopes to educate people about how such people are as much human as everyone else and need to be cared for.

She went on to reinstate the impact of her role in such a serial, “What we choose to show on television can influence impressionable minds as they give in to the world that we create for them. So, for about two months, the makers kept in touch with me about my training which gave me the confidence that I can pull this off.”

In an elaborate conversation with The Express Tribune, Hussyn relayed that the serial is directed by Mohsin Talat and she will share screen space with Sami Khan and veteran actor Aurangzeb Leghari.
She shared, “It is an entire documentation from diagnosis, to treatment and to potential recovery. It is basically the story of a seemingly ‘normal’ girl in a normal setting, who has symptoms of schizophrenia that people around her are unable to recognise.”

“I play a victim of this disease,” Hussyn added, “the woman enduring it disconnects from reality and undergoes delusions – which, as they aggravate, turn into hallucinations as well.” When asked about the purpose of the project Hussyn said, “It is trying to normalise the condition. Since we openly acknowledge diabetes and illnesses of other organs, we need to also realise that there’s little to no discourse surrounding mental illnesses.”

She went on to add, with statistics, “Every fifth person out of a hundred is schizophrenic in Pakistan, as opposed to DID which is comparatively rare. I think there’s also a myth that we cannot help these people because the illnesses are permanent, but they can very much be treated. Schizophrenia is combination of genetic imbalances, abnormal occurring of brain chemicals sometimes due to malnutrition, one’s surroundings, societal pressures among other causes. But it is very much curable through communication and medication,” the actor reassured.

Her reason for taking up such a character is a simple one, as she explained, ”I want to enjoy every character I take up, which is why each of them has been such unorthodox.”

But due to the recent surge of the pandemic, industries and economies all around the world has closed down and also halted the shoot of this upcoming serial. “We had begun filming, but due to the lockdown we had to stop the production until a further notice from the government.” Hussyn said.

This puts the release date of the drama on hold as lockdowns continue to extend. Previously the drama serial was all set to release after Eid-ul-Fitr.