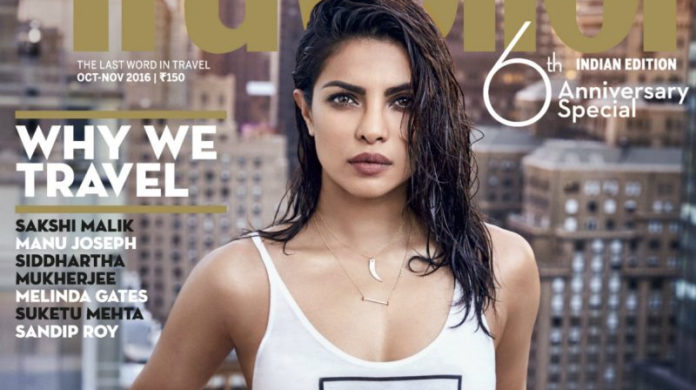 Recently, the gorgeous diva, Priyanka Chopra, who in no time has become a known star internationally, took to twitter to share her recent cover and interview with Condé Nast Traveller but little did she know that her new cover could end up getting extreme criticism on twitter.

The cover photo, which is featuring Priyanka Chopra in a white tank top is from her recent interview and the message on the top is the reason of all the extreme reactions. The message on the top, written in bold font says, “Refugee. Immigrant. Outsider. Traveller.” The first three options on the top are marked with a red line while leaving the fourth option as the defining feature for Priyanka: Traveller. 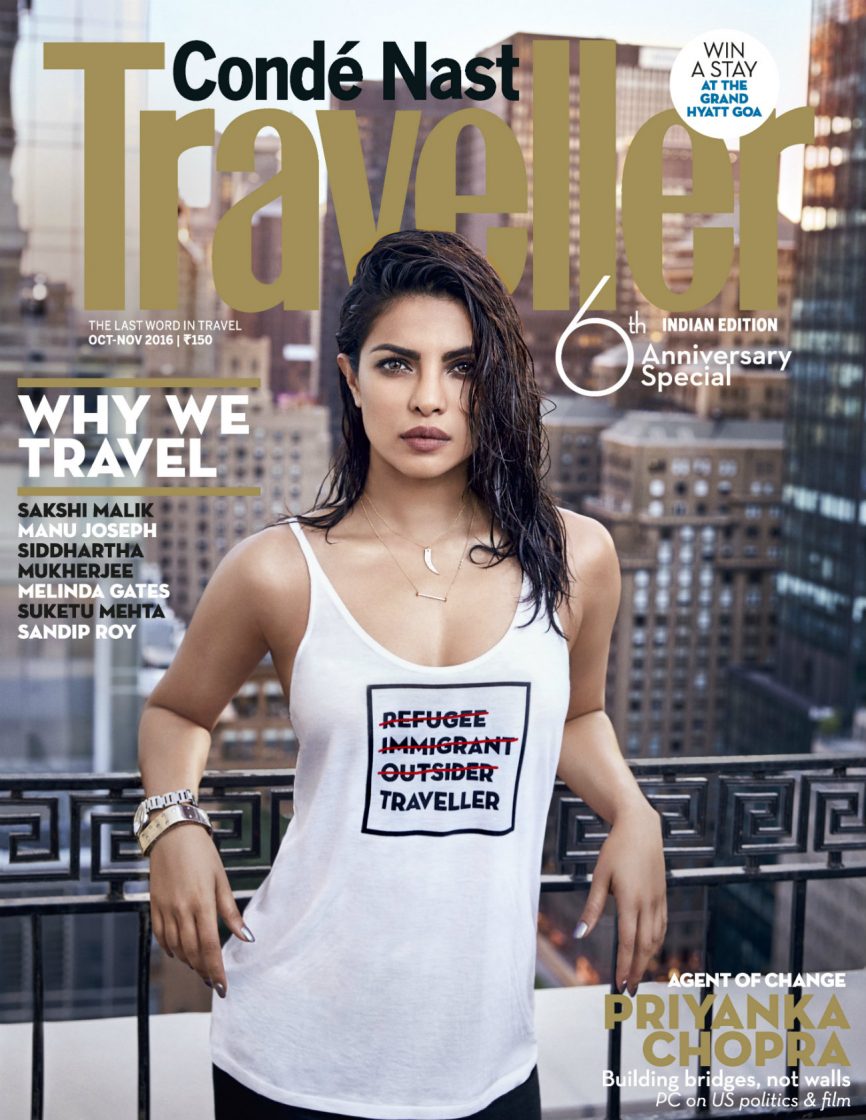 The magazine cover gives a slight idea about her interview, “Agent of Change Priyanka Chopra: Building bridges, not walls. PC on US politics and film”. Moreover, the magazine Condé Nast has also shared a few excerpts from the latest interview with Priyanka, which clearly give an idea about the nature of the interview.

Here’s one excerpt from her interview, when she was asked about which city she considers home (Mumbai or LA)she said, “I’m more of a West Coast kind of girl. I like the chill of LA. But I’m a nomad. And look at the world we live in today, we can literally get on a plane, go somewhere for five hours, have lunch, and come back. Why do you have to commit? I have commitment issues anyway.”

Designed by V Sunil, her t-shirt is clearly defining the crux of her interview, but twitter community seems to take it in a wrong way, considering it an ‘insensitive’ endorsing by the actress. Here are a few tweets ranting against Priyanka Chopra’s new cover:

Since when did #PriyankaChopra Chopra, one of the world's highest paid TV actors, relate to a #refugee? @UNICEF pic.twitter.com/45e3vyQXek

You want to use your celebrity to address real issues? Cool. Just be sure of message you convey. #PriyankaChopra #swingandmiss #refugee pic.twitter.com/2hrWGYoQdl

Oh, I'm sorry, I wasn't aware that being a refugee is a matter of choice…What were you thinking?! @CNTIndia @priyankachopra pic.twitter.com/WuyZv2iwp5

However, Priyanka’s reaction to the newly embroiled controversy  is yet to be seen!