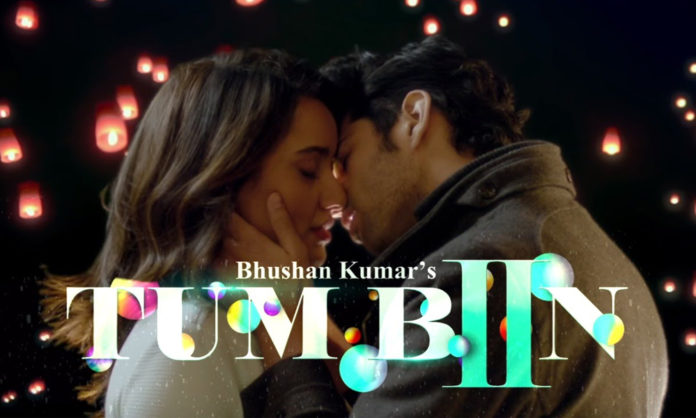 Tum Bin 2, which is an out-and-out romantic flick and also a sequel of Tum Bin, has already made a buzz around its fans and they can’t wait for the movie to come out.

One of the reasons that it has raised a lot of expectations is the music of the film. Just like Tum Bin was a great musical hit and people remember its songs till date, Tum Bin 2 is also coming out a promising musical drama.

The first song of Tum Bin 2, Teri Faryad is also its title track has earned a lot of appreciation. The track is a recreation of an old song from Tum Bin and features Neha Sharma and Aditya Seal romancing each other. It’s a duet and the directors have kept Jagjit Singh’s voice adding Rekha Bhardwaj’s soulful melodious voice, which is pouring love out of every word.

Another track is Ishq Mubarak, in which both the actors beautifully depict their love tale. Each and every frame is dripping love and Arijit Singh’s mesmerizing voice has taken the song to another level. Listen to it here:

Written and directed by Anubhav Sinha and produced by Bhushan Kumar, Tum Bin 2 is a love triangle, featuring Neha Sharma, Aditya Seal and Aashim Gulati in main roles. With beautiful tracks, the film is set to release on 18th November, 2016.