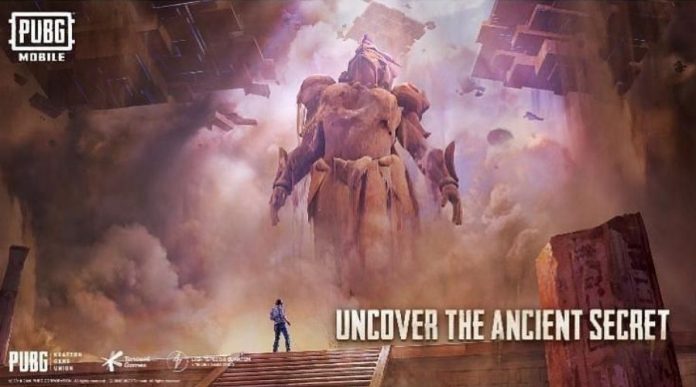 PUBG Mobile is preparing to launch a new update to the game, which will feature brand new ‘Ancient Secret Mode’ along with exciting new events and rewards.

Pakistani fans seem very excited about this news since PUBG has been unblocked by the Pakistan Telecommunication Authority (PTA), now all PUBG die heart fans are waiting anxiously for the new update to come.

Players will enjoy the new ancient Egypt theme which will include Pharoah skins, scary mummies coming from ancient Egypt coffin, and big pyramids. It will be quite familiar with the other modes in which the player drops in the map with his parachute and collects his loot, the only difference in this mode will be that the player has to solve some puzzles first in order to earn loot from the tomb.

Eventually, when the player reaches the final puzzle, it will unlock a path that will lead you to the ‘Boss’, once you defeat the boss you can achieve level-3 loot. In this loot, you can earn Pharoah skins, mummy costumes, Warrior of Ra, Warrior of Nut, and much more exciting stuff.

But remember, the clock is ticking, the player would need to keep track of the time that will indicate the point at which the pyramid will start floating in mid-air. Players can easily select this new ‘mode’ in the game’s map and mode selection area.

It does not end here, there is another new mode introduced in the game, which is called “Team Gun Game”. Here, you can play as a squad. Each kill during the match will provide more advancement to your weapons. At the end, when you achieve a maximum upgrade to your weapon you will get the non-penetrable ‘pan’ and have to kill another player with a pan in order to win the match.