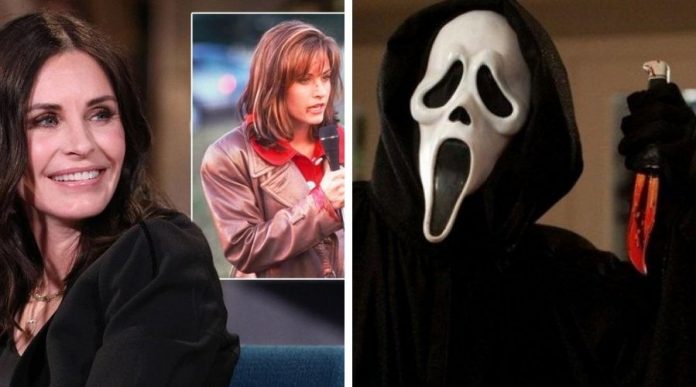 One of the most popular horror and mystery thriller franchise since the 90s is “Scream”, and with the announcement that the franchise was coming back with yet another installment, another revelation has been made, that the most famous character of the movies “Gale Weathers” is all set to be reprieved by the ace actor Courtney Cox.

David Arquette had announced in May that he would reprise his role as Sheriff Dewey Riley in the upcoming reboot. Cox along with David Arquette co-starred in the four-film franchise ever since it released in 1996.

The reboot will be directed by Matthew Bettinelli-Olpin and Tyler Gillett from a script by James Vanderbilt and Guy Busick.

The previous installments had been directed by Wes Craven and written by Kevin Williamson.

Spyglass Media Group and Paramount made the announcement Friday and said filming is expected to begin later this year in Wilmington, N.C.

They said in a statement, “We can’t imagine ‘Scream’ without the iconic Gale Weathers and are so incredibly thrilled and humbled to have the opportunity to work with Courteney. We’re absolute mega fans of her work and we’re so excited to join her in the next chapter of the ‘Scream’ saga!”