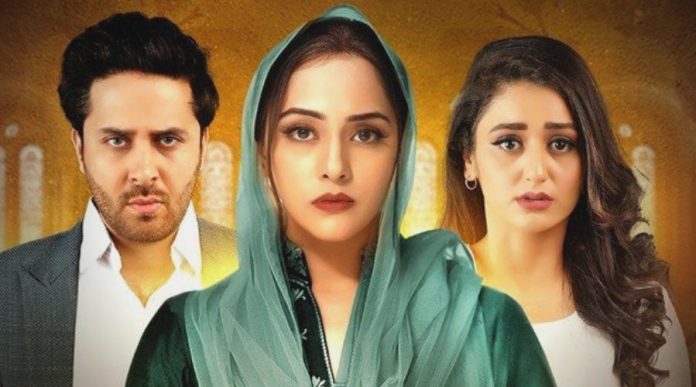 Bringing to screens an array of entertaining dramas, GEO TV never fails to impress its audience. Now gaining massive TRP’s yet another drama, “Tamanna”, is one of top trending on television right now.

The story of the serial is the one that has drama, betrayal, tears, conspiracies and much more. Tammana is the story of its namesake, an innocent girl (Nosheen Ibrahim) who is orphaned at an early age and is left to the care of her grandmother but as his father was a poor man, Tamanna’s grandmother doesn’t accept her which leads to all the family being biased against her. And amidst all this is a love story but Tamanna rejects all as her only aim is to redeem her honor.

After successfully airing and generating a loyal audience, Tamanna has gone on to gain huge TRPs week after week.

The drama serial is written by Irfan Ahmed Shams and Directed by Irfan Aslam. Tamanna is produced by Farhan Qaiser & Mukhtar Ahmed and Executive Producers are Abdullah Kadwani & Asad Qureshi.

The drama has been produced under the banner of FM Productions.

Tamanna airs every Monday to Friday at 9 pm on GEO TV.