ShahRukh Khan and Anushka Sharma are currently shooting for Imtiaz Ali’s next directorial – The Ring, in Prague. It seems that the team is enjoying their hearts out while shooting for the movie. We got our hands on some of the fun moments they are having on the sets of The Ring.  The King of Bollywood can’t stop praising the beauty of Amsterdam as he shoot swith Imtiaz who hs previously given hits like Jab We Met and Cocktail.

Here is the first look of the movie:

Directed by Imtiaz Ali, the Ring will showcase SRK as a Punjabi tourist guide in the movie and Anushka will be playing the role of a Gujarati girl. They have wrapped up shooting the first schedule. SRK is reuniting with his Jab Tak Hai Jaan and Rab Ne Bana Di Jodi co-star Anushka Sharma in the film. Check out some behind the scene shots from the movie’s shooting:
Did you notice Shah Rukh and Imtiaz’s tees? Their funny t-shirts read, “Maine Amsterdam mein film banaye aur badle mein mujhe yeh ghatiya t-shirt mili.”

While on the sets of The Ring, Anushka is seen goofing around, while SRK and Imtiaz are laughing out loudly.

SRK having fun while finishing the shooting schedule in Amsterdam. 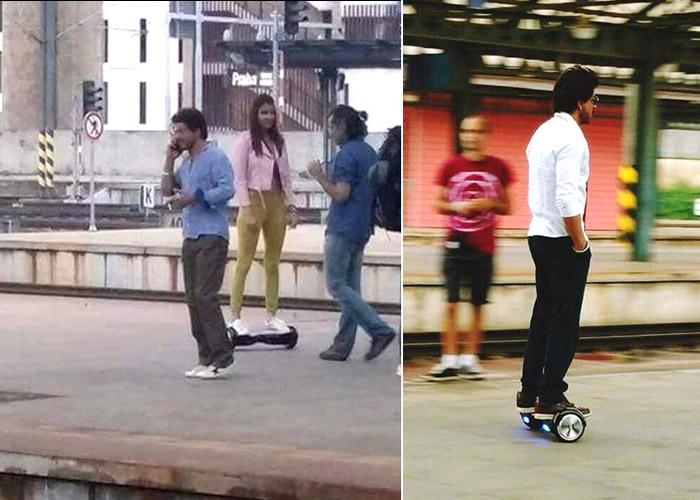 On the sets of The Ring, Anushka Sharma and SRK having fun while hoverboarding on the streets of Prague. 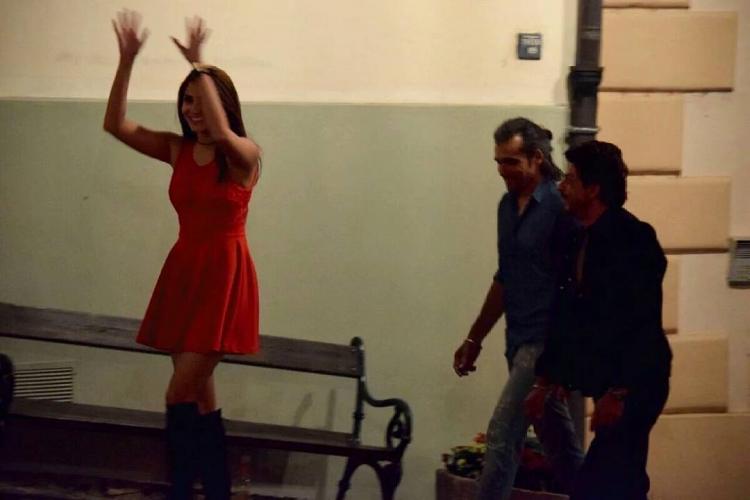