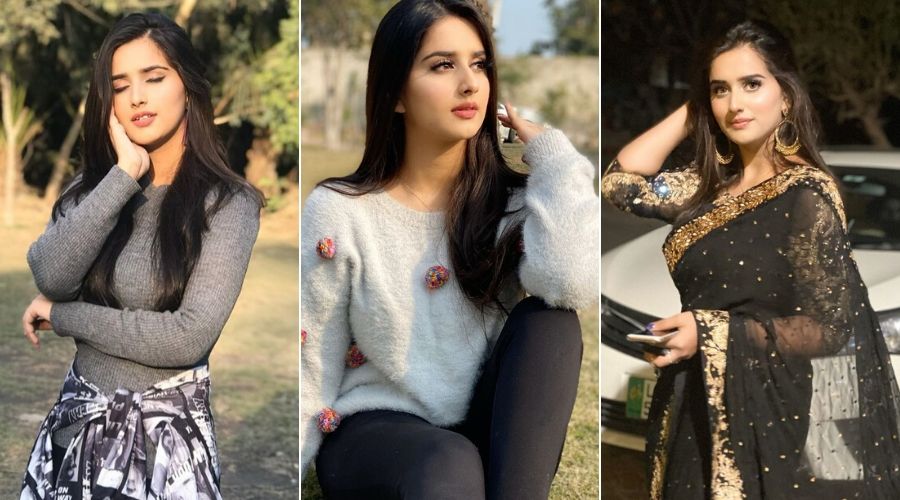 Ranked at the second number as the most followed TikTok star is Alishbah Anjum, who comes in second to her very popular sibling and biggest TikTok star in Pakistan, Jannat Mirza. One thing is for sure that talent in this family comes in heavy as both the sisters rule the hearts of millions.

TikTok is the short video sharing platform that has become a behemoth in only a couple of years after its inception and taking the position of the second most downloaded app after WhatsApp. And all credits to this platform for creating and giving the megastars to the world that have emerged to incredible success through this platform. In Pakistan, the app is also one of the most used apps and has a plethora of talents that have come to the frontlines through it.

Alishbah Anjum known by the handle “Lishay”, a talent from Faisalabad, has been able to garner 4.3 million followers and 70.1 Million likes on TikTok.

Planning to become a police officer in the future, Alishbah is working also as a model nowadays. Alishbah mostly creates comedy sketches that are either solo, with friends or siblings or with other famous personalities. Alishbah also creates lip sync videos to various famous songs and dialogues from popular movies.

We have rounded up top 10 most-watched and famous videos by Alishbah Anjum, so watch along:

Generating 3.8 million views is the lip sync video to song in another language. Alishbah definitely nails the accent and perks up expressions as the song goes along.

Again in a lip sync video of the Punjabi song “Mai Dekha Teri photo”, Alishbah can along with her friend can be seen mimicking to play a drum sets with a pair of hair brushes. This video because of its high energy generated 6.2 million views.

From pauper to princess, this video shows Alishbah acting in a skit where she goes from drab to glam when guests arrive at her place. The video garnered 3.2 million views, it was part of a two-part video skit.

Generating 9.66 million views is the video where the classic dilemma of a proposal gone wrong has been shown. Featured in the video is the famed TikToker Affan Malik with 248.3K followers.

Again featuring the TikToker Affan Malik, this video has 10.2 million views where Alishbah has been seen chasing after a boy she likes but everything goes downhill in an attempt to act cool.

Playing the role of an insecure and obsessed girlfriend, Alishbah perfectly syncs with the threatening voice over used, telling all others to “stay away from her beau”. This video generated 8.8 million views.

Yet again featuring Affan Malik, this video that generated 11.2 million views where a girl in the face of rejection, takes charge and removes the toxic person out of her way.

Alishbah Anjum is definitely a TikToker in Pakistan who is bringing out content that is loved by everyone and should definitely be checked out.