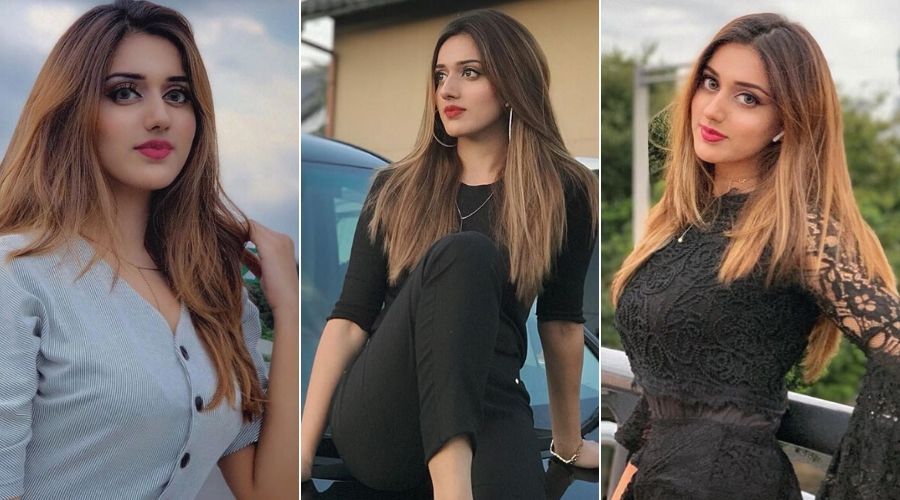 In Pakistan, TikTok is also one of the most used app and has a plethora of talents that have come to the frontlines through it. The biggest TikTok star however is Jannat Mirza, a talent from Faisalabad, has been able to garner 5.2 million followers and 73.1 Million likes on TikTok in only over 2 years.

TikTok is the short video sharing platform that has become a behemoth in only a couple of years after its inception and taking the position of the second most downloaded app after WhatsApp. And all credits to this platform for creating and giving the megastars to the world that have emerged to incredible success through this platform.

Providing a range of content on her profile, Jannat mostly creates comedy sketches that are either solo, with friends or siblings or with other famous personalitie. Recently, owing to her talent as seen on TikTok, has been cast as the lead in the next movie by famed director, Syed Noor. Shooting for the project had begun last year in December.

Jannat has already been working as a model for many years and went to Japan for higher studies, in hopes of pursuing a career in Journalism. Her fame also captured the Japanese and she has had multiple acting jobs in Japan as well.

We have rounded up top 10 most watched and famous videos by Jannat Mirza, so watch along:

This video that scored 18 million views is a simple declaration of love that has been lost. Sporting a jeans jacket, Jannat looks absolutely stunning while delivering the lines.

Frequenting a lot on her channel, here Jannat is seen in a skit along with her friends featuring a simple scene of Boy literally blown away by the Jannats beauty.

Gaining the most amount of views, the video is titled “Possessive Boyfriends be like ❤️🤦🏻♀️” and features famed TikTokers Umer aka @Umeree with 1.9 million followers and Zulqarnain Sikandar aka @ch.zulqarnain25 with 4.8 million followers. This video garnered 19.8 million views.

This video with 15 million views features Jannats friend and plays along the scene where Jannat smartly sneaks up on her friend and snatches her phone only to find out that there was nothing special on it.

Again featuring Zulqarnain Sikandar aka @ch.zulqarnain25, this video gained more than 10 million views as fans seem to love the chemistry between the two TikTokers.

Featuring a glammed look and cat eye winged liner, Jannat in this video which has 9 million views lip syncs to a famed Urdu song.

Saving the best for the last, this video features the famed and loved YouTuber Zaid Ali T and TikToker Shahveer Jafry. The video feature the classic case of a “dumb blonde” and is titled mene kuch galat bola? Gaining 11.7 million views.