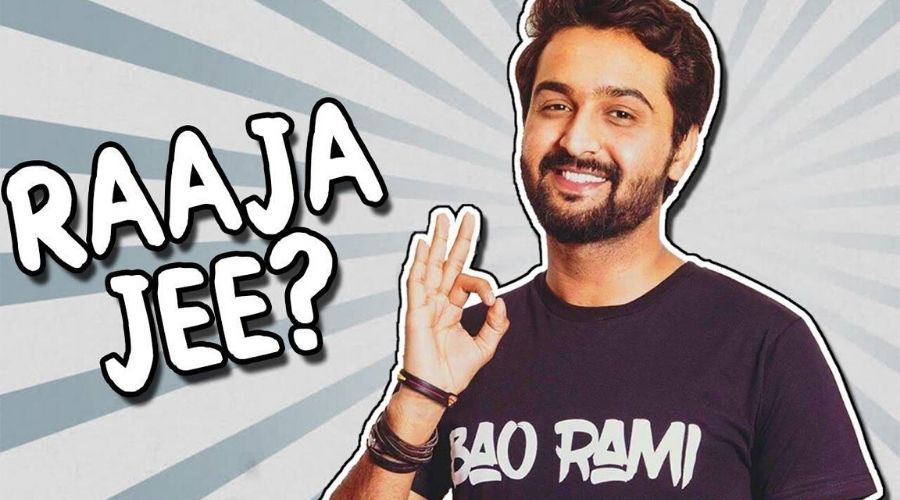 Starting their channel 5 years ago, some students from Institute Of Space Technology, Islamabad wanted to do something different and creative. KhujLee Family is the YouTube channel that is the brainchild of the talented youths Usman Babri, Raza Somo, Sania Aman, Syed Ahsan Ali Shah and Umar Shehzad.

KhujLee Family is one of the biggest channel in Pakistan with over 1.2 million followers. The channel was awarded the much coveted Silver Button from YouTube in 2017.

These students inspired many youngsters who felt like misfits and wanted to pursue a career in performing arts. Raza Somo is one of the biggest star of the channel as he delivers excellent performance as a comic commentator on different things in his series “Awesamo Speaks”.

Apart from this, skits and sketches of the different struggles of students in universities is also portrayed in the funniest way on this channel.

Here is a list of the most hilarious videos that you should definitely watch on this Channel.

Titled as “Side Effects Of Weak English” is a collaboration video with U-Dictionary that garnered 2.9 million views and is a very relatable tale of university going students who don’t have much command over their spoken English. The skit is a funny compilation of how a student is almost “Shamed” when he constantly gives bad presentations and is not considered cool if he hasn’t watched “Game of Thrones”.

“Life of Single Boys” is the struggles of single boys and how there are different things that stop them from ever approaching a girl in college. This video which generated 2.4 million views is a hilarious skit where all single boys try to determine why they all are single and finally take a covenant that all single boys will stay together always for solidarity, only to break it 5 minutes later.

Generating more than 1.8 million views is the hilarious “Awesamo Speaks” episode on the viral video back in 2017 where Sahir Lodhi insulted a participant in a Ramadan Transmission. While she was addressing the status of women in Pakistan, she said that “If Quad-e-Azam was present between us today, he surely would have been disappointed”, to this Sahir Lodhi started shouting and clearly missed the point of the poor girl by saying that she cannot disrespect Founder Of Pakistan. The commentary by Raza Samo is hilarious in this episode as he tries to analyze the wonder that is Sahir Lodhi.

Yet again another hilarious episode of “Awesamo Speaks” that gained 1.5 million views is the commentary on the once viral and trending YouTuber “Nasir Khan”. The video is a compilation of his most viral videos and how they are completely absurd to the point of crazy. Raza Samo hilariously comments on them and analyses them throughout the video. Also featured in the video is the content by Indian YouTuber “Deepak Kalal” who also went viral in 2017, Somo tries to understand that why someone in his right mind would make such videos.

Awesamo Speaks being one of the most hit series of KhujLee Family, in this video Raza Samo comments about the Drug Addict Kid “Kamlesh” from India whose video where he describes his “drug consumption” went viral on social media. Trying to get the social message across, Raza through his comic jokes and commentary tries to describe the different stages of Drug Addiction and how all youngsters should stay away from them as they will eventually ruin their health and lives.

In this episode of Awesamo Speaks, Raza Somo’s commentary is about the viral photo of Mahira Khan that had leaked in 2017 where she was seen smoking with Indian Actor Ranbir Kapoor. Somo tries to paint the picture of the Pakistani society where two extremes exists who are either extreme feminists or outrageously chauvinists and pleads the society to strike a balance. Somo defends Mahira in the video as she is a big star of the country and should not be “canceled” just for smoking publicly. This video gained 1.1 million views.

This video which generated 2.1 million views is the commentary in the Awesamo Speaks series where Raza Somo speaks out against Sham Idrees and Froggy who despite being foreigners claim to be biggest YouTube Channel in Pakistan and constantly roast and criticize the smaller channels in their tweets. Somo also shares his personal experience where he says that these people did not appreciate their Pakistani fans as they constantly hurled insults at them behind their backs.

Delivering his hilarious take on the Indian Blockbuster Crime Series “CID”, Raza Somo comments on the repetitive nature of the series. For years CID has aired on the Indian Televisions and has not nudged from their tried and tested formula and this is exactly what Raza Somo discusses in this episode of Awesamo Speaks. Being a part of all our lives, Somo ends on the note that maybe it is about time CID did some experimenting in their series and bring fresh content to the audiences.

In this Eid Special episode of Awesamo Speaks discusses the famed Amir Liaquat and the interesting audiences on his game show. The video is an interesting compilation of the audience who have claimed that not being able to meet Amir Liaquat have made them suicidal and many others like that. Somo during the run of this video urges people in a sarcastic tone to have higher goals in life. The video generated more than 1 million views on YouTube.

Awesamo Speaks continues to deliver yet another comically charged commentary on the celebrity heavy Advertisement of Tarang Tea whitener. Somo shares his thoughts on this ad that stars Saba Qamar, Sajal Ali, Hareem Farooque and much more and how by taking a sip of Tarang Tea, their entire mood lifts to the level of them dancing on the balconies. The video generated more than 1 million views on YouTube.

If you haven’t visited this comedy filled channel on YouTube, we recommend you to do it and relax as you laugh along on the extremely funny sketches.