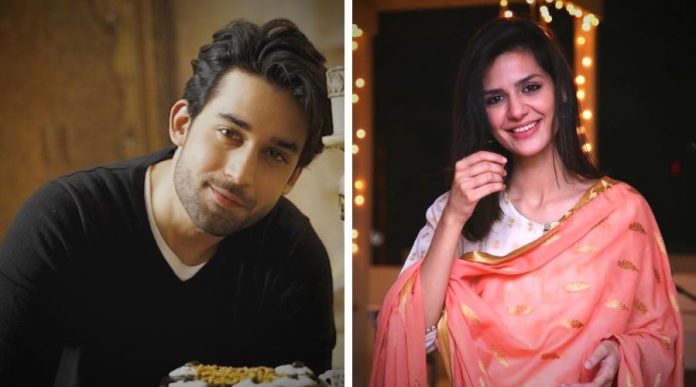 Madiha Imam has been hailing on the Pakistani Drama Industry with her brilliant performance with “Dushman-e-Jaan” and “Muqaddar”, and is now set to win hearts all over the world with her latest web series “Aik Jhooti Love Story”, that is to stream on Zee5 App.
The drama will also star in leading role Bilal Abbas, the front runner of the Pakistani Television Industry as of now. Both the actors will be seen working together for the first time.

Aik Jhooti Love Story is directed by by Mehreen Jabbar whereas, Umera Ahmed penned down the plot for this series.

Bilal Abbas is also starring as the leading man in another Zee5 web series, “Adbullahpur Ka Devdas” which will stream on the platform as well.

Zee5 just released the trailer of all the Pakistani curated content it will be streaming live on its platform:

‘Aik Jhooti Love Story’ – The web series was shot in Karachi. Mehreen shared that she “loved the entire cast and crew. Think I had one of the best ensemble casts”.
According to Mehreen Jabbar Aik Jhooti Love story will be social comedy series. The story will revolve around love triangle.

“I’ll be playing the role of a typical Karachi boy with his usual dreams and aspirations. Just the normalcy of it is fun to explore as an actor and of course a new learning experience for me,” Bilal Abbas on his role in Aik Jhooti Love Story.

Mehreen Jabbar told us that “5 original series have been produced especially for this [Zindagi]”. On July 23 2020, ZEE5 will also premier one of her old, and much loved dramas Mera Naam Yusuf Hai.

ZEE5 is a digital platform that offers entertainment content to a diverse audience of more than 1.3 billion people in over 173 countries.