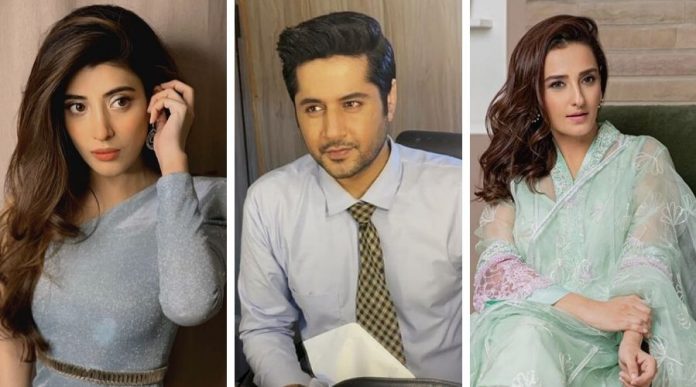 Winning audiences with her performance in the super hit “Udaari”, Urwa Hocane won the hearts all over but has been on a three year break since then, not appearing in any dramas for the small screen and is now returning with the much hyped “Mushk”.

The drama that is directed by the “Suno Chanda” and recent thriller mega hit “Ye Dil Mera”, Ahsun Talish, “Mushk” is generating a lot of anticipation from the audiences.

The drama is loaded with talent like Imran Ashraf, who as “Bhola” in “Ranjha Ranjha Kardi” has won many accolades and hearts of audiences, will be playing a pivotal role in the serial. The Ranjha Ranjha Kardi actor has also penned the script for Mushk, his second as a writer after Tabeer.

Speaking of Mushk’s plot, Urwa added, “The storyline is not something that can be summarised in a few sentences; it has a lot of wonderful layers and you will get to know a lot of new things through it. I cannot reveal too much at this point so you will have to wait for it to hit the screens. This will be something fresh and new so trust me, patience will be bliss.”

“Working with every individual has been very special; I’ve learnt a lot from each one of them and I’m looking forward to more that’s coming our way.”

Urwa also shared that she is thrilled to be a part of an amazing team that is behind her upcoming drama.

During Bol Nights show, Kubra Khan and Gohar Rasheed revealed that they would also be working on the project ‘Mushk’, but after that they abandoned the role.

Later on, it was announced that Momal Sheik is selected instead of Kubra and Gohar Rasheed, by Osama Tahir.

Kubra Khan also revealed the story line of the drama during the show. Also, that she is going to work with Imran Ashraf and Gohar Rasheed in upcoming drama serial ‘Mushk’.

Gohar Rasheed, who is also part of the serial, also mentioned that he was anticipating the release of “Mushk”, as well as sharing the screen with Kubra Khan.