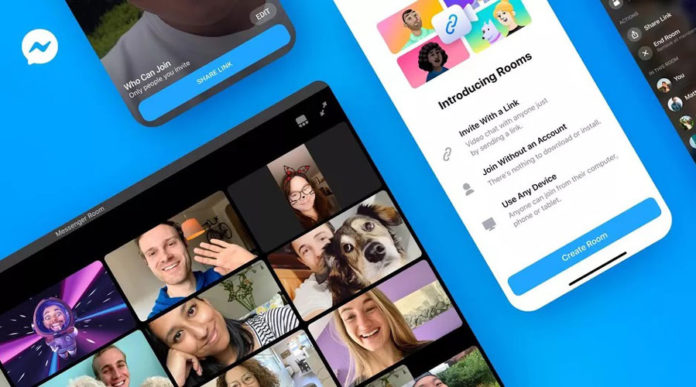 Facebook Messenger’s 50-person video chat feature “Messenger Room” is now available to users around the world and will now be able to compete directly with Skype, Google Meet, and Zoom.

Last month, the company introduced a feature called “Messenger Room”, which was limited to a few countries at the time, but now Facebook has announced that the feature is now available to users around the world.

The Messenger Room can video chat with up to 50 people at a time and is a zoom-like video chat tool that has been introduced around the world in the wake of an increase in video call rates due to the Corona virus epidemic.

There is no set time limit for video chats in the Messenger Room and people can be part of any chat on any phone or computer without the need for a Facebook account. According to Facebook, some steps have been taken to protect privacy in the messenger room.

Messenger room makers can lock this room or chat to prevent unwanted people from becoming part of it, as well as remove or block people from chat and report users for violating Facebook’s rules. The company said that whether you use the Messenger Room with a Facebook account or be a part of it as a guest, we can’t listen or watch audio or video calls.

Facebook said more features will be added to Messenger Rooms in the coming months and it is expected to give people around the world the opportunity to connect with their loved ones online. The company also plans to make this feature part of its other messaging apps, such as Instagram Direct and WhatsApp. The new Coronavirus epidemic has led to a huge increase in video calling rates as billions of people are confined to their homes.