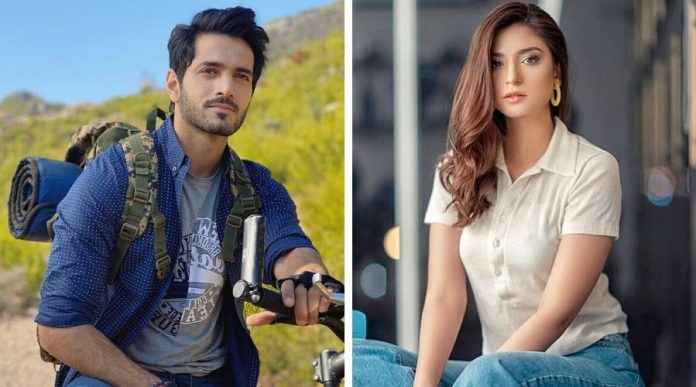 Ramsha Khan has been reigning successfully over the Pakistani Drama Industry ever since her first project, and now the starlet is all set to star alongside the dashing, Wahaj Ali in their latest serial “Ghissi Pitti Mohabbat”.

The trailer for the serial were launched by ARY Digital on their social media platforms, gaining massive popularity among the fans.

The drama shows Ramsha Khan in a totally different role then her previous performances, as a quirky, over-the-top, brash and confident millennial girl, who does not think that the worth of any girl should be determined by the state of her marital life.

The serial is a love story between Ramsha Khan’s Character and Wahaj Ali’s character, Rizwan, who is an internet sensation. Both despite their differences, fall in love and run away to get married as their families are against the match. But reality enters when Rizwan’s mother and sister do not accept his new bride and blame her for trapping their naïve son. But Ramsha Khan’s character is not one to cry over these changed circumstances, rather meets them head on.

Ramsha Khan at the moment is starring in the mega hit serial “Ishqiya”, whereas Wahaj Ali can be seen in the heartbreaking yet powerful drama “Bikhrey Moti”, both serials are being aired on ARY Digital.

View the trailer of the new serial below:

Ghissi Pitti Mohabbat is a MD Productions drama serial, penned down by Imran Nazir and directed by Adeel Qamar Khan.

Saba Hameed, Sana Askari are seen in as the supporting characters in the drama serial.