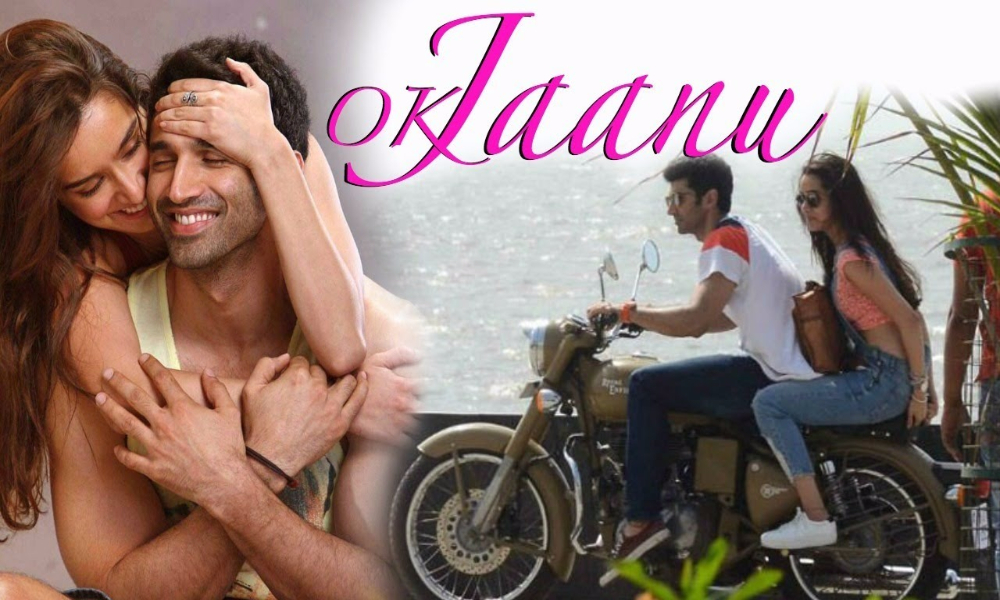 With a sprinkle sweet poster released by Dharma Productions. Filmmaker Shaad Ali’s romantic comedy titled Ok Jaanu seems to tread on the same lines. The story is of a couple who live together in India’s city of lights, Mumbai. In the poster, both the lead actors Shraddha and Aditya are kissing each other. Unlike Befikre, they are more restrained in nature instead of lip locking. While Shraddha is the one initiating the kiss, she’s also putting her hand gently on Aditya’s lips.

While Shraddha Kapoor’s character always blast intense sweetness, the face of Aditya Roy Kapur’s character shows signs of blushing and happiness filled dimples. The background picture is of Chowpatty, Mumbai. However, the beach is symbolic in nature of the romance they share in one house. Therefore, Ok Jaanu is Shaad Ali’s first film in almost three years after the disastrous failure of Kill Dill in 2014. This is also his first film outside the Yash Raj Films banner as the movie is jointly produced by Dharma Productions and Madras Talkies.

The cast of Ok Jaanu also include the likes of Naseeruddin Shah and Leela Samson. The old couple plays landlords to the young couple of Aditya-Shraddha in the film. Also, AR Rahman has unleashed the entire background score of Ok Kanmani for the Hindi remake, barring three songs for which he has come up with original compositions. The music, the directors and setup is amazing and they are all excited for this underrated movie which is set to release on 13th January, 2017.

– They Kiss But They Dont Kiss