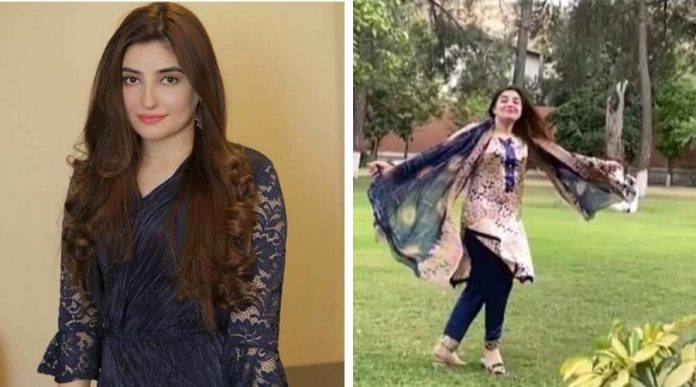 Gul Panra, the famed Pashto singer who gained massive and widespread popularity due to her song on Coke Studio with Atif Aslam, “Man Aamadeh Am”, has once again went viral with her latest TikTok video, shot at the deputy commissioner’s bungalow.

The mega star of the Pashtoon music industry has produced many hits in her native language and occasionally in Urdu as well, and is now gaining massive popularity due to her presence on the video sharing app, TikTok.

Ever since she joined TikTok, Gul Panra has gained 1.6 million followers and 6.8 million likes on her profile. She usually lip syncs to her own songs on TikTok, shares Travel Vlogs and BTS of her song recordings, giving a flavour for everything to her fans.

Recently her videos where she has lip-synched to her own song and danced has caught the attention of the social media as the video was shot at the deputy commissioner’s bungalow.

The video gained more than 1 million views, with the viral video receiving a mixed reaction from the public.

This proved to have backfired a little for Gul Panra as Khyber Pakhtunkhwa’s Chief Minister Mahmood Khan has taken notice and has said that the starlet did not have the permission to do so.

A statement issued from the deputy commissioner’s office stated that the district administration has nothing to do with the TikTok video of Gul Panra which has been made at the DC’s bungalow in Landikotal.

People have liked the video though and are supporting Gul Panra as they are of the view that such videos will only do good than harm as people will get to know about such places and will visit with their families hence promoting good local tourism.