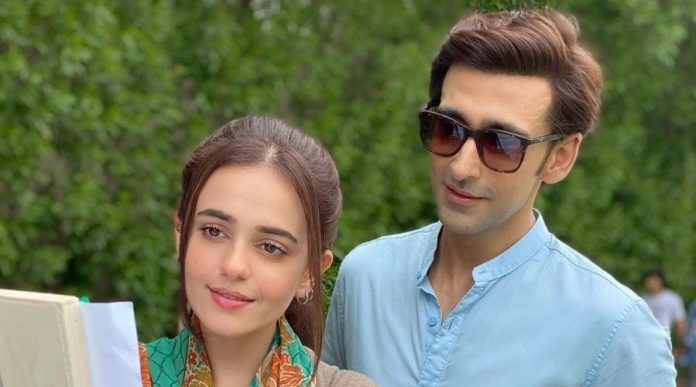 The trailer of the serial was released this weekend and received much hype from the audiences.

The story is of Meekal (Sami Khan) and Amal (Sumbul Iqbal Khan), and love at first sight. But Amal continues to reject the advances and proposals of Meekal again and again which results into something mischievous. There are also many other characters that are shown to play an important role in the story, and we’ll have to wait for the story to reveal itself completely.

The crux of the story is basically centered on the struggles and social problems a woman has to face after her marriage.

Viewers are excited to see the on-screen couple of Sami Khan and Sumbul Iqbal.

The drama is set to be produced by Momina Duraid Productions and will air on HUM TV.
Timings and airing day of the drama are yet to be revealed.