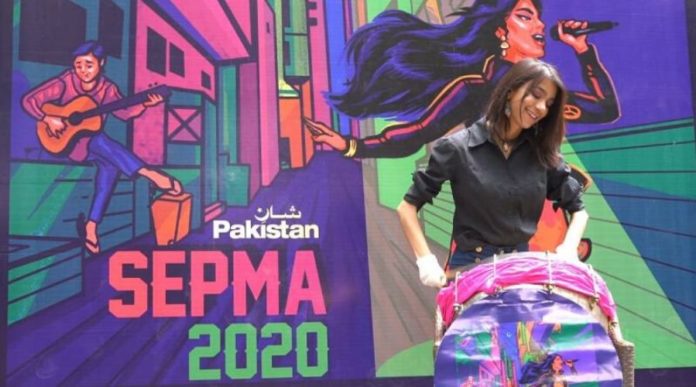 The second edition of Shaan-e-Pakistan Music Achievement Awards (SEPMA) is ready to entertain thousands across the globe this time around as it is going online. This decision comes as a result of the global pandemic that has caused the entire world to halt.

SEPMA hosted by Huma Nassr will be both national and international by bringing together musicians of all genres, providing them with opportunities to be heard on a global scale.
SEPMA 2020 is a culmination of various performances that will portray the essence of the Pakistani music scene from July to September 2020.

The 2020 SEPMA Digital Show will consist of:

SEPMA last year was held in a massive ceremony in Sri Lanka. This year making the event possible and understanding the vision of Huma Nassr is Irfan Pardesi, CEO Zee Foundation who has been the main promoter of the event in the previous editions.

She stated, “A major concern for my team and I was the safety and responsibility that comes with initiating the process of the show in these COVID times; hence our decision to take it all online.”

SEPMA aims to celebrate the music, fashion, and cultures of Pakistan by recognising talents and bringing them to the forefront in South Asia. The event promises to be a game-changer for all who have made their mark in music.