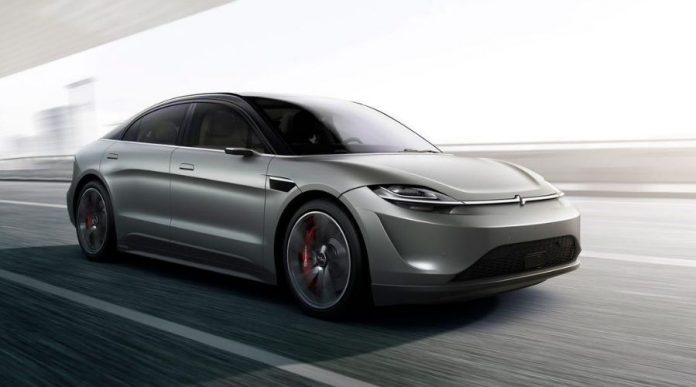 In this era of technology and innovation, No other tech giant has ever tried their luck in automotive industry, until now, since Sony showcased its prototype electric car at the Sony Conference Car. Everyone was stunned by this act, as no one was expecting such type of reveal, especially from Sony.

But unfortunately, rumors says that the final date for the release will not be anytime soon.

The Vision-S is a full fledged-electric concept sedan. According to reports, the car is  designed in collaboration with many automotive parts manufacturers, which includes Magna International, Continental AG, Elektrobit and Benteler/Bosch.

The car is a full tech house, reportedly, the car is completely automatized, it is expected to have Sony’s always-on connectivity with 33 sensors and a COS-MOS, Solid State LiDAR sensors, radar, and time-of-flight cameras.

The Vision-S is like an all electric drive train, featuring 200 kW dual electric motors integrated with all-wheel drive system, that makes it possible for the car to go 0-62 mph (0-100 km/h) in 4.8 seconds, with a top speed of 149 mph. 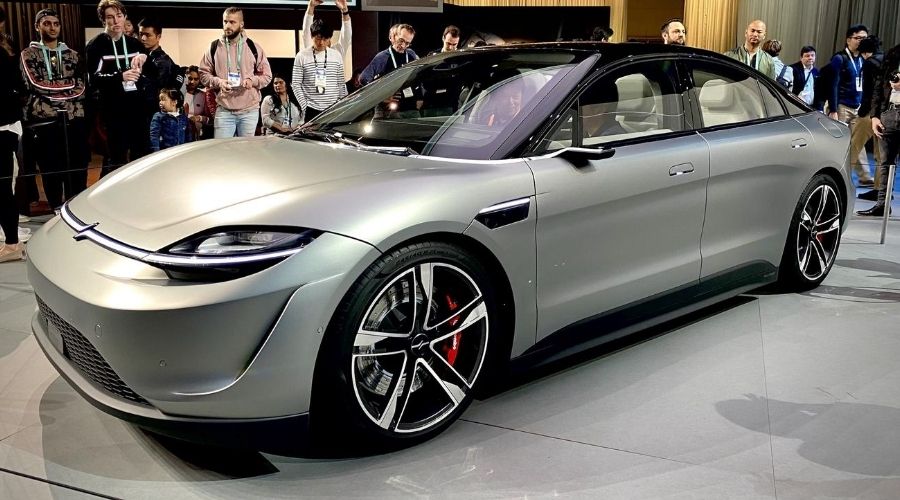 The car features four main cameras , front, back and two at the sides of the car. Each camera installed features Sony’s high-end CMOS sensors. 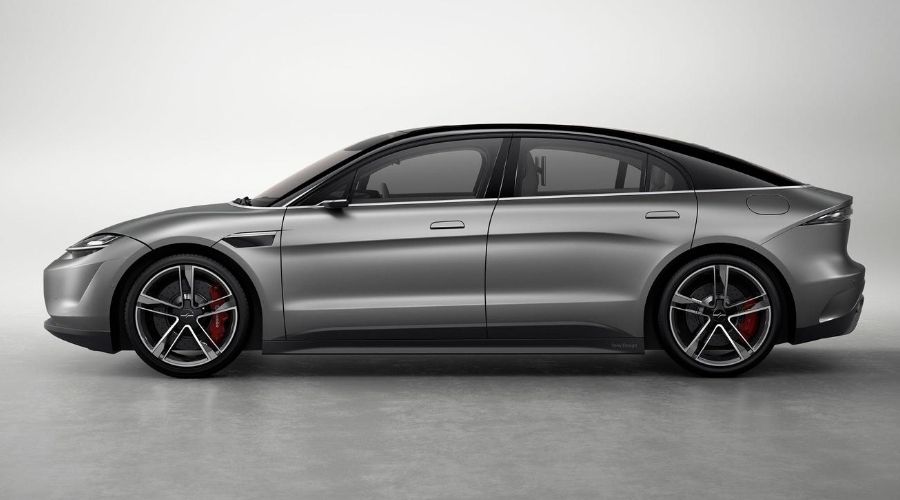 The side cameras are fitted at the wing mirrors location, live stream of the side cameras can be seen directly to internal panels. According to Sony’s justification, these CMOS sensors can offer improved visuals in contrast to mirrors in low light situations. 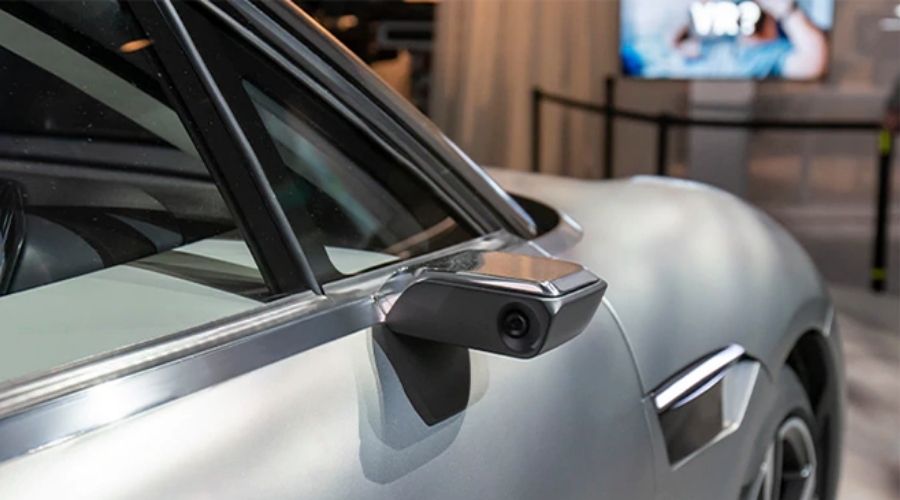 The rear camera of the car will transmit images to the rear view mirror and the front camera offers to make still pictures or videos to make memories of your road trip. 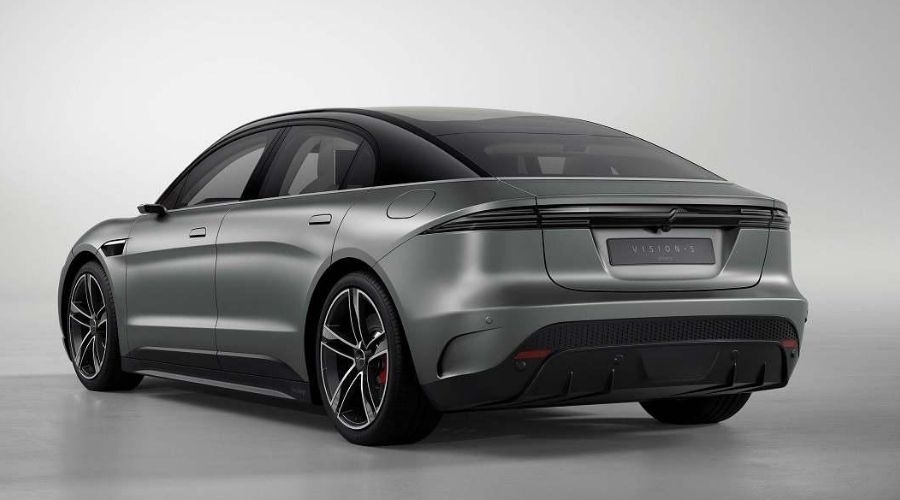 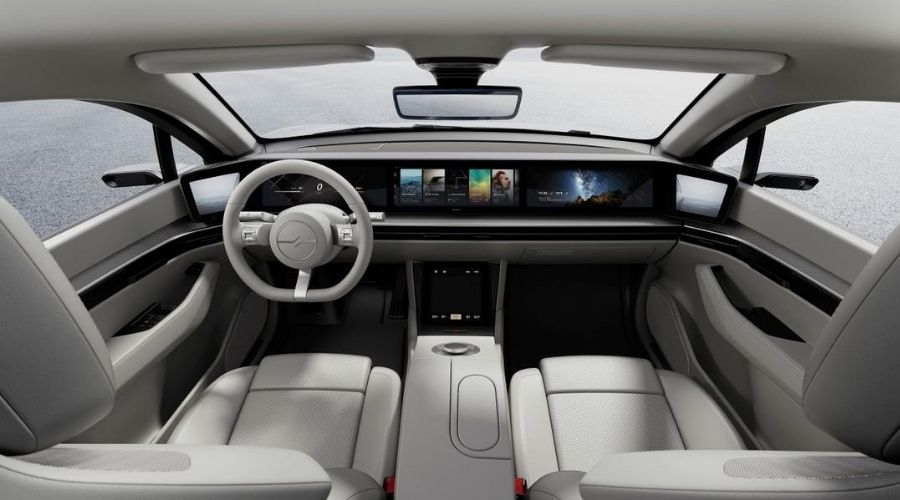 The most interesting section of the car is probably its interior design. The car features a door-to-door panoramic dashboard screen. However, We do not hold any specific details regarding the panel technology or resolution for the panoramic display but the display is no doubt crystal clear and the colors as realistic as a real life. Also, Sony’s 360 Reality Audio. As soon as you step in the car you can not resist to get amazed with the luxurious and elegant white leather seats and beautiful interior design.

If we talk about the drivers display, the steering wheel display shows the information regarding the Tyre pressure, speed, and battery power. 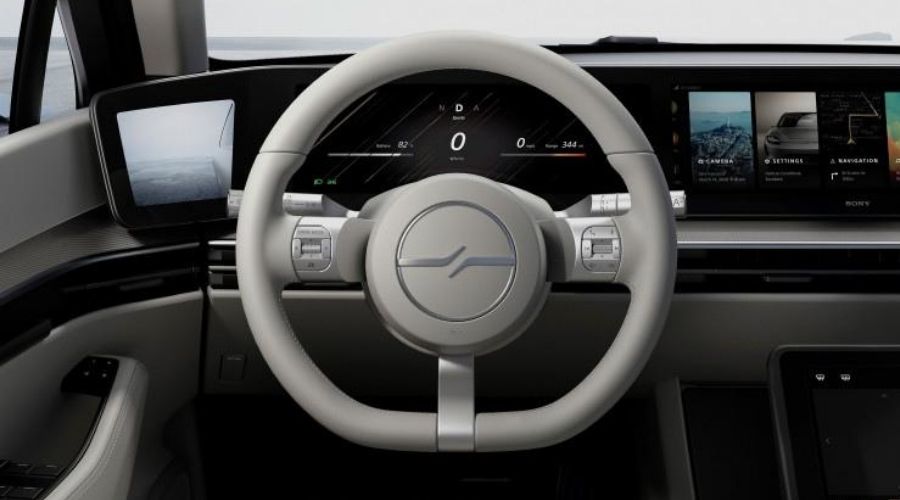 The car also has huge screens at the back of the front seats for the passengers sitting in the back seats of the car. 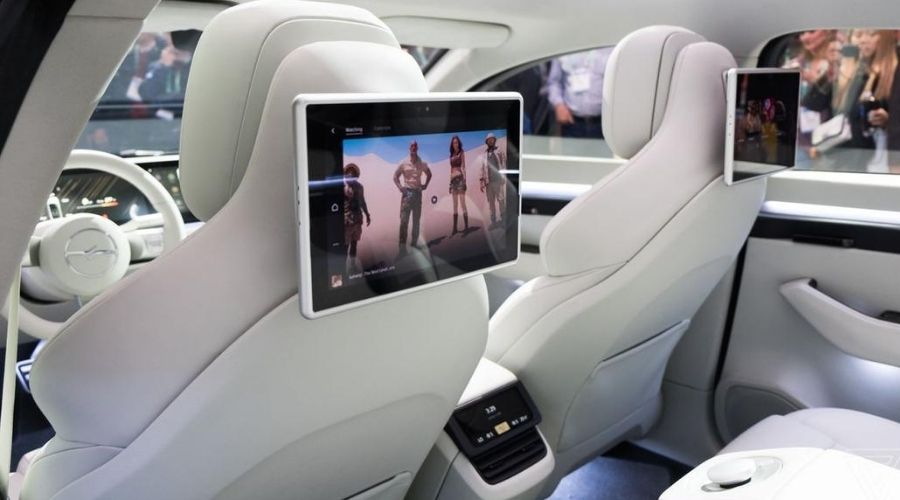 Although, it is not sure whether the car will get into production or not, but we sure hope for the best as the car is full of tech and new innovations that will make a great boom in the automotive industry in the coming future.

Volkswagen to Start Assembling Cars in Pakistan by 2022