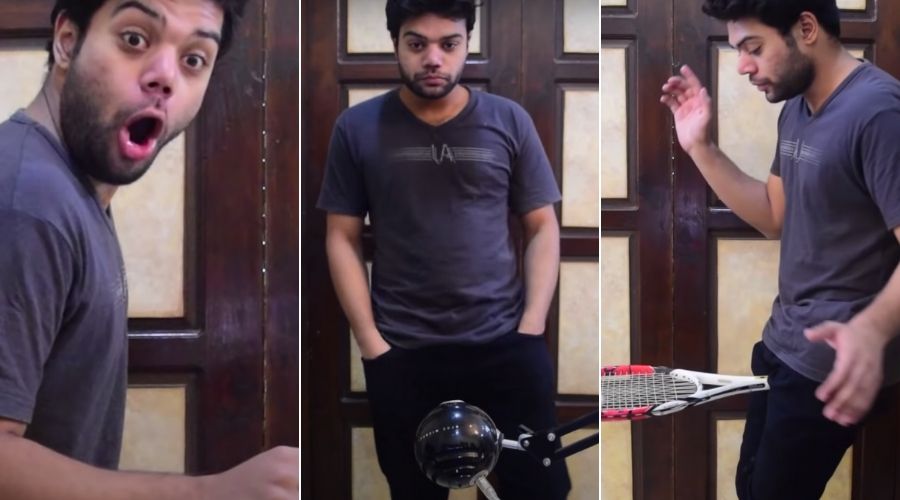 Starting his channel only 3 years ago, Saad-ur-Rehman aka Ducky Bhai has been able to become one of the biggest YouTuber in Pakistan.

The channel which is titled as “Ducky Bhai” features a range of content by Ducky himself where he delivers comic commentary on other people’s content or situations that are unique to doing challenges and dares given to him by his subscribers, this channel has all the right things that will make you laugh.

Ducky has also been viral on social media due to his fall out and extensive expose videos on Sham Idrees and Froggy. Ducky received the award for “Best YouTuber In Pakistan” at the PISA Awards 2020 in Dubai.

Here is a list of his top ten videos that we recommend that you check out:

This video by ducky bhai is a comic commentary on the viral internet sensation of 2017, Dhinchak Pooja and Azma Fallah, and throughout the video while going through all their content, he tries to decide who is worst. This is the highest viewed video on the channel with over 7.9 million views.

The video that garnered 5.3 million views is the expose on Froggy and Sham Idrees. Here Ducky bhai unveils the fact that Sham Idrees influences the behavior of Pakistani audiences by banning words in the comments like “fake”, “copy” etc. as he cannot take the criticism on his subpar content on YouTube.

Yet again at 3.1 million views is the Sham Idrees expose video where Ducky Bhai again brings to the public the hidden and malign practices that Sham Idrees follows behind the scenes on his channel to gain more views. One such act was removing the name of Zaid Ali from titles of videos after gaining views.

In this video Ducky Bhai comments on the lack of creativity on TikTok profile of the much viral “Rizxtarr”. His claim to fame was turning his expression into an almost animated “Joker” of DC Comics, which gave him more than 7 million followers on TikTok.

The slap challenge featuring Raza Somo of KhujLee Family is a hilarious video where each time Ducky Bhai throws an abusive word while playing any random game, he gets mercilessly slapped by Raza Somo. The video generated 2.4 million views.

Another comic and sarcastic commentary by Ducky bhai is delivered in this video where he goes through the absurd videos made by the viral Nouman Khan. The video generated a lot of comments and more than 2.9 million views on YouTube.

Following the trend for doing crazy things inorder to gain views, the video “Eating Ice-cream with Ketchup to Gain Views” is a hilarious compilation of things that Ducky Bhai does requested by his subscribers while disclaiming fully that all this is for views.

Featuring YouTube powerhouse like Zaid Ali, Moroo and Shahveer Jaffery comes a video which is a drill down on Sham Idrees. Ducky Bhai in this video took these YouTube celebrities on video calls to document their experiences with Sham Idrees and how he used each and every one of them.

People seem to enjoy Ducky Bhai doing crazy things as can be seen in the continuation video for the series “Things I do for views”. From ringing stranger’s house bells to dressing up as a girl, Ducky bhai does it all in this video.

Documenting his journey from Pakistan to Dubai where Ducky Bhai received the Pisa 2020 “Award for the Best YouTuber”, is the video that generated 2.2 million views. The video is a behind the scene for Pisa Awards 2020 featuring appearance’s from Raza Somo, Zaid Ali and many more.

If you haven’t visited this comedy filled channel on YouTube, we recommend you to do it and relax as you laugh along on the extremely funny sketches.