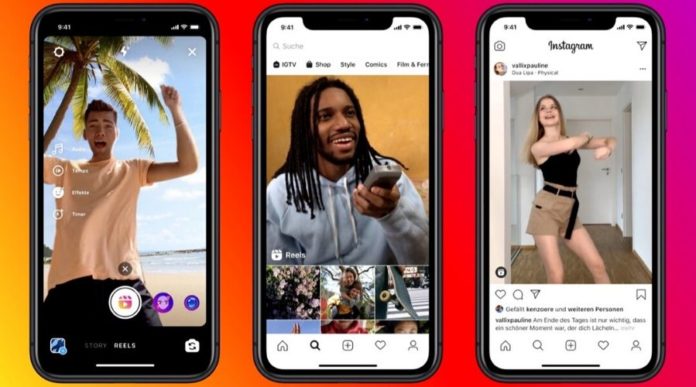 After a successful launch in Brazil last year, Instagram is expanding its TikTok rival formally known as “Reels” to new markets. Starting today, Instagram is spreading out more access to Reels in France and Germany. Reels allows its users to record a brief 15 seconds video clip set to any music or other audio, also they will have the ability to share the video clips to various other social media platforms where they might have the potential to make the video go Viral.

Both Reels and TikTok have similar features; they have same set of editing tools which makes it easier to film creative videos. Reels also offered countdown timer, which has the ability to control the video’s speed and other effects. The company learned from the previous tests in Brazil and since then they have been rethinking about the key aspects to the Reels.

In the beginning, Reels were authorised to be shared only on Instagram stories; however, the Instagram community requested that they want the ability to share reels on other social media platforms with their followers and friends if desired, to get more fan-following and recognition easily.

Moreover, the community also said that they want a separate space like TikTok, where they could easily compose Reels videos and watch other people’s Reels.

Top Pakistani Brands on TikTok you need to Follow now!

The company’s spokesperson said: “With the expansion in Germany and France, Instagram has moved Reels to a dedicated space on the User Profile and in Explore — the latter for public accounts — so people can share with a new audience and share on their Instagram Feed”

Instagram has to force it is users to create a different type of content than what they usually post in Feed posts and Stories. Those videos have to be more personal in nature, like clips from someone’s day or a vlog.

On the other hand, TikTok videos are more rehearsed and choreographed. TikTok community shows their dance moves, perform magic trick, make jokes, lip-sync to songs or audio, or replicate a popular meme in their own way. These videos are not usually unscripted, as compared Instagram. Encouraging this content requires a different editing tool set and workflow, which is what Reels offers.

At one time, Facebook also tried to target TikTok by launching short-form video app “Lasoo”; but this feature failed badly. Even so, Instagram’s TikTok rival sounds better compared to Facebook video app known as Lasso, and its expansion is proof that people want to use this feature.

Moreover, it is not known when this feature will be launched in Pakistan and other countries, but it is expected that the users are desperately waiting for it. TikTok is already quite popular in Pakistan just have a look at some of these amazing TikToker influencers from Pakistan it will be great to see some rivalry. However a lot of apps that tried competing with TikTok have failed to gain such popularity.