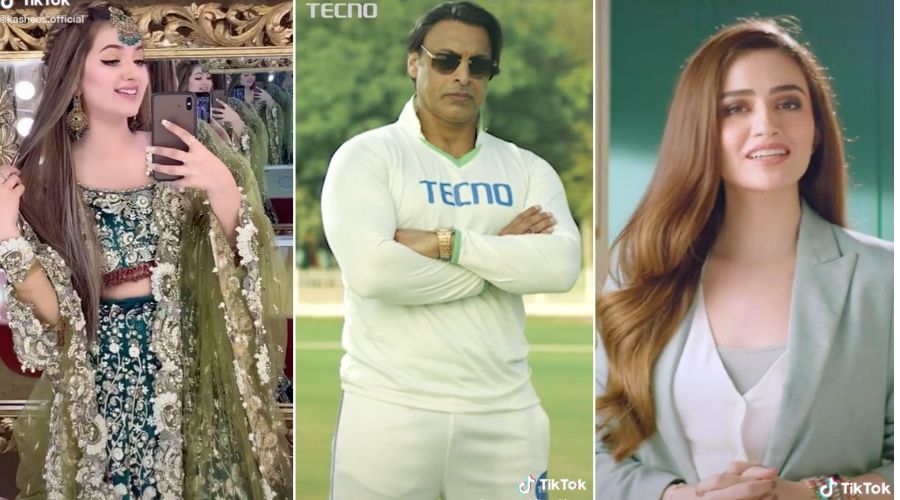 Social video app TikTok from ByteDance has been downloaded more than 2 billion times globally on the App Store and Google Play and has become undeniably a behemoth when it comes to influencing the masses.
It has been the most downloaded application across iOS and Android, ahead of even WhatsApp, Facebook, Instagram, and Facebook Messenger.

The app was downloaded 315 million times during Q1 2020, which is a new quarterly record.

And banking on the popularity of TikTok are many players in the industry, many celebrities like Kylie Jenner continue to join the app whereas many companies also are developing content specific to TikTok in order to boost their brands.
So here are the top brands in Pakistan who have gained massive popularity and ultimate conversions from the short video based platform:

Tecno, one of the up and coming smartphone brands in Pakistan who were among the first in the country to launch a campaign in collaboration with TikTok for their new release. Launched by the talented Mehwish Hayat, #CAMONshow challenge aims to encourage millennials to showcase their acting talent and & there is chance for them to win free CAMON 15.

With presence in around 50 emerging markets across the world, Tecno was able to successfully tap the market as people poured in to participate in the challenge. They also launched coronavirus awareness campaign.

Haier Pakistan launched their TikTok profile and has gained 7620 Followers and verification blue tick on the platform. Initially after launching the platform, Haier launched a dance challenge in which all the top TikTok celebrities participated and among them was Pakistan’s biggest star, Jannat Mirza. The campaign was called “Inspired By Haier”.

@haierpakistan##inspiredbyhaier Inspire the world with your best moves! ##ad

Among the celebrities were also Sharjeel Awish, Harris Ali, Mian Sunnyy, Mj Ahmad, Farooq Khan and others. Haier also posts clips of their official advertisements on the platform.

Infinix joined hands with TikTok for a campaign to launch its exciting new product ‘Infinix S5′ and launched their official profile on the platform. This campaign is an instant hit on TikTok and managed to garner more than 13 million views in just two days, almost 150,000 users made their videos to the catchy beat uploaded on TikTok for Infinix S5.

The profile has gained a massive following of 15.9K users.

As a brand Kashee’s Salon based in Karachi has been able to get a huge fan base across different social media platforms, and when they launched their official TikTok profiles, the success resonated. Kashee’s official salon was able to generate a huge following of more than 2 million followers.

The salon posts tutorials and videos of real life brides that have gotten ready for their big day from the salon.

Kashee’s have seem to hit the jackpot as TikTok has a huge female following and all seem to be the clientele that the salon is looking for.