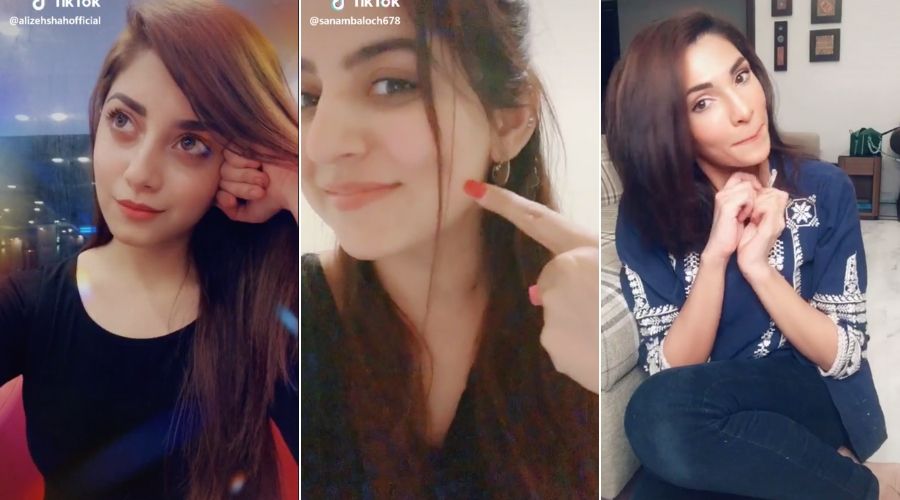 TikTok has become the phenomenon that is now part of everyone’s life today, with becoming the second most downloaded app in the world just behind Facebook. And now Pakistanis have become obsessed with the app as young TikTokers deliver amazing content that keeps us entertained. Joining the platform are also some the biggest actresses in Pakistan that we love seeing on the television screens.

Here are some of the actresses that you should definitely follow on TikTok because of their amazing content.

There is no greater testament to Alizay Shah’s success in captivating her audience then being in top ten of the most Googled in Pakistan in 2019. Shah has won accolades like ‘Best New Sensation’ for performances in “Ishq Tamasha”. Now you can catch her quirky acts on TikTok with over 1 million followers.

Veteran actress of the country, Sana Fakhar is the superstar who starred in many successful films in the 90s and early 2000s. Since her retirement from films, Sana has appeared in a lot of hit plays and drama series. Now taking over TikTok, Sana has been able to garner a following of 926K users. Sana posts videos with regular appearances from her son and husband.

Famed actress Zhalay Sarhadi has appeared in many hit drama series in supporting and lead roles. She is very active across all social media platforms and has now embarked upon TikTok to deliver amazing videos for her fans. She has an incredible following of 293.8K Followers.

Ace actress and Superstar Sanam Baloch joined TikTok and has completely mesmerized her huge fan base with hilarious videos on the platform. Sanam has delivered stellar performances in dramas like Dastaan, Kankar, Durr-e-Shahwar and many more. Sanam has already gained a massive following of 987K Followers.

One of the top actress and biggest human rights activists in Pakistan, Mehwish Hayat joined TikTok and took the app by storm as her fans stacked up to watch their favourite starlet give them some behind the scenes fun that she has.

Yet again another veteran actress has joined TikTok madness to keep her fans more entertained with her content. Fiza has appeared in hit dramas like “Mehndi” and now has over 2 million followers on TikTok where she makes short videos that are either funny skits or lip syncs.

Catch your favourite actresses today on TikTok and watch them deliver amazing content that will keep you entertained and give a peek into their personal lives and activities behind the camera.