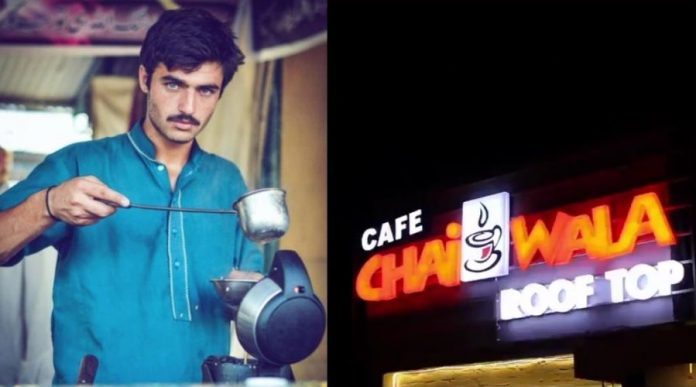 Once upon a time in 2016, in a competition somewhere, a passionate photographer took photographs of a blue-eyed “Chai Wala”, Arshad Khan, and the internet exploded, making him not so ordinary anymore.

After signing Fashion, TV and music deals and appearing in campaigns across Pakistan, Arshad Khan has finally settled down and opened his very own chai café and named it ‘Chai Wala’ in Islamabad.

“People suggested me to name the café after my own name, Arshad Khan,” said Khan. “But making chai is a part of my identity that I cannot let go of.”

Arshad Khan’s café has been inspired by the classic dhaba setup in Pakistan and has decorated his restaurant with truck art. She also serves classic dhaba style dishes that go along with the “chai” during breakfast, lunch and dinner.

The cafe with the name Café Chai Wala is operational now, the news channel reported.
“There are at least 15 to 20 dishes apart from chai”, shared Arshad. “Running this cafe is the most important thing for me right now so I am giving this more time because it is attached to my name.”

Arshad Khan did take a hiatus from the media and people wondered what he had been up to, well now we know that he was busy working to set up his own business and earn livelihood.