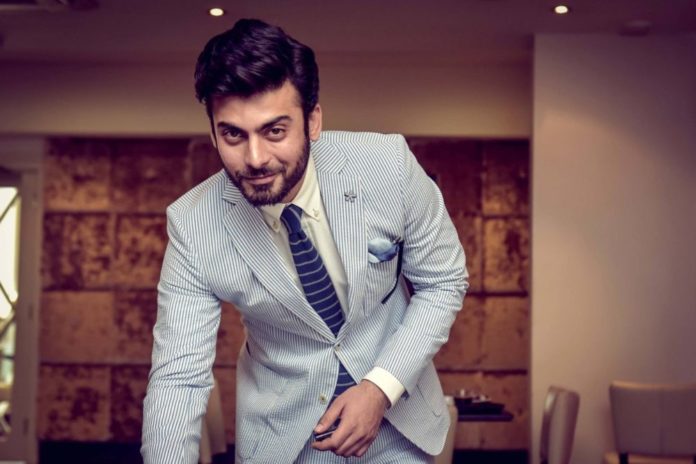 He came, he saw and he conquered but ALAS! His success didn’t go well with many and he had to leave! Yep, we’re talking about the only Khan talented and good looking enough to challenge the real Khans of Bollywood – Fawad Khan!

The Khoobsurat Prince had to leave India in the midst of rising tension between India and Pakistan. The cross-border tiffs led to a complete ban on the entertainment industry and Fawad, along with other Pakistani actors in India had to leave the country. The hottie who plays the role of a DJ in Karan Johar’s Ae Dil Hai Mushkil was unfortunately eliminated from the movie’s promotion and release but cheer up!

We dug down a bit and found out what he’s doing in Pakistan. Fawad recently became the proud Daddy of an adorable baby girl so apart from being a doting Dad, he is busy shooting for new commercials. Check out his fun Pepsi TVC here:

The 33-year-old actor will also be seen in upcoming Pakistani movies, Maula Jutt and Albela Rahi.

In February 2015, it was revealed that film is slated for 2017 release. Stay tuned to find more new and gossips about Fawad Khan!