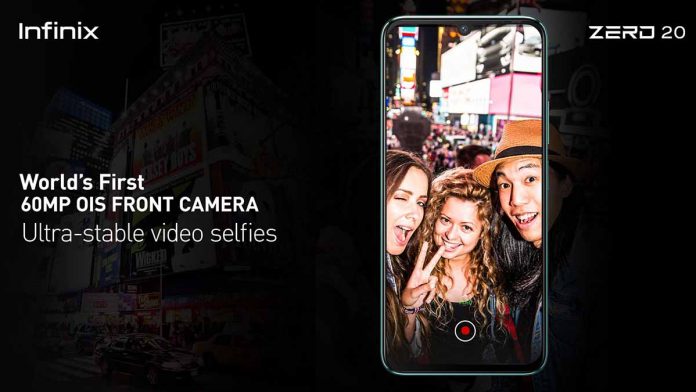 The importance of photos and videos in today’s era cannot be neglected as it shapes the understanding and perception of people present across the web.  Not being restricted for special occasions only, photos and videos serve as a form of self-expression on social media which is now widely used by people every day.

To fulfill this purpose, everyone desires an exceptional camera phone in order to capture, share and relive their experiences altogether. But it’s also safe to say that there are less to no incomparable camera phones present in the market which can empower its users to be a frontrunner in terms of photography and videography. Whereas on the other hand, Infinix just has the world’s first 60MP OIS+EIS enabled camera phone up its sleeve, Infinix ZERO 20; for fulfilling all the desires of photography and videography enthusiasts.

The front camera is also equipped with Auto Focus that can auto focus objects quickly and accurately every time. It allows users to capture their selfies with notable and crisp details. Offering further features such as a super night mode and dual front flashlight which sensitively captures sharp outline of objects even in the low light. Moreover, Infinix ZERO 20’s front camera is assisted by artificial intelligence (AI) in a way that it instantly identifies the user’s surroundings and different light shades in an effort to select the most appropriate settings for a high-quality shot.

Whether someone is an admirer of nature or a person who wants to save every little detail around him, the 60 MP OIS+EIS enabled front camera has an array of promising in-built camera features to ensure detailed most photographs and videos. This tailored and first of its kind camera phone is about to launch soon so, it’s better to mark those calendars in order for the launch of Infinix ZERO with World’s first 60 MP OIS and EIS enabled front camera.