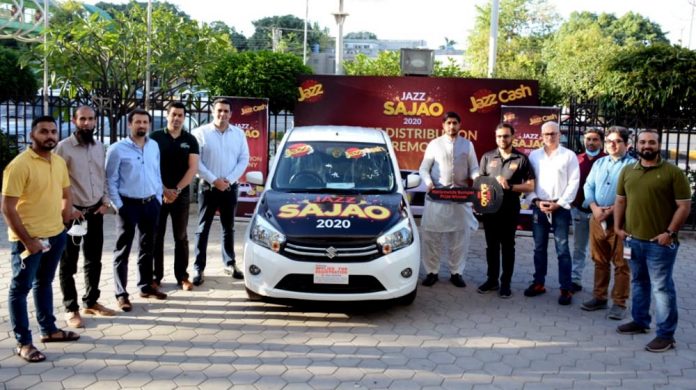 Jazz, Pakistan’s number one 4G operator and largest internet and broadband service provider, has concluded its nationwide retailer competition, Jazz Sajao 2020. Vehari’s Al-Madina Mobile was declared the winner and was handed over the winning prize by Jazz’s Head of Channel Planning & Distribution Umer Afzal and Regional Business Head Tariq Durrani at the closing ceremony in Lahore.

A first-of-its-kind initiative by a mobile operator, the idea behind this competition was to engage the retailer community in a fun-filled activity that improved brand visibility and consumer accessibility. For more than two months, 8,500 retailers from Chitral to the coastal banks of Baluchistan adorned their shops with Jazz’s colors, uploading pictures and videos on social media.