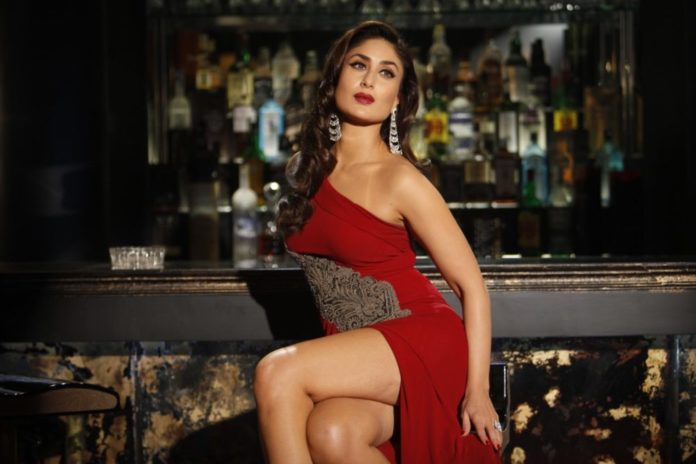 Bollywood diva and a newly mum-to-be, Kareena Kapoor Khan turns 36 today. This year has been more special for her, as she is going through a new milestone and entering into the motherhood. The Kapoors and the Khans are very much excited for her birthday and plan to throw a birthday bash at Kareena and Saif’s Bandra house, where only family members and close friends are invited to the celebrations.

She shared her birthday party picture with her bestie, Amrita Arora, on Instagram for her fans:

The birthday girl, Kareena Kapoor celebrated her birthday away from the media eyes with her family and a few close friends, which include her parents, sister Karisma Kapoor, cousin Ranbir Kapoor, Kunal Khemu, Kareena’s step-daughter Sara Khan, and other close family relatives.

Saif also plans to take his wife to Dubai for a getaway next weekend. Her elder sister, Karisma Kapoor wished the birthday girl with a cute childhood photo:

“It is [birthday] special this time. But to be honest there are no special plans. I will celebrate my birthday with family and close friends like every year. There is no party as such. I will eat lots of food and just relax,” Kareena shared in a recent interview.

Amidst all the ups and downs in her film career, Kareena Kapoor married Saif Ali Khan on October 16, 2012, in Mumbai. Recently, the couple announced that Kareena is expecting their first child, which is due in December, this year. Being the newly mom-to-be, Kareena Kapoor Khan doesn’t shy away from flaunting her baby bump and making public appearances. She has broken the stereotype of hiding behind the veils when a woman is expecting.

Kareena Kapoor Khan will be seen in Veere Di Wedding along with Sonam Kapoor, Swara Bhaskar, and Shikha Talsania. The film is directed by Shashanka Ghosh and produced by Rhea Kapoor. Kareena Kapoor will start filming next month and will complete her part later after her maternity break.

We wish you a very Happy Birthday, Bebo!